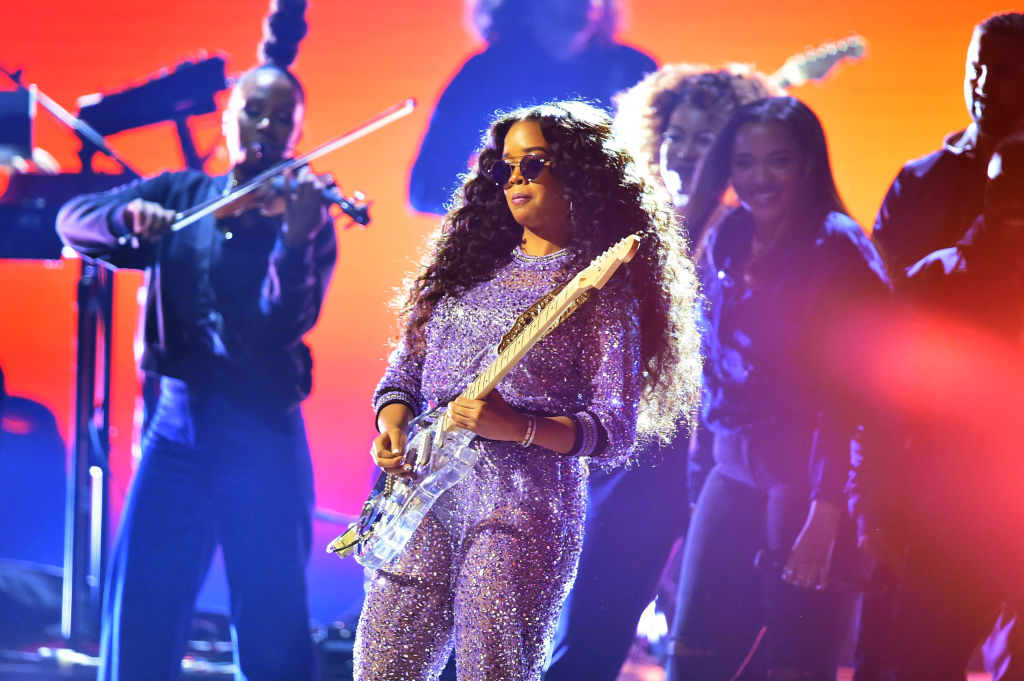 Breakout R&B singer H.E.R. just stepped onto the Grammys stage to perform “Hard Place.” The 21-year old Californian soul singer, who was born Gabriella Wilson but maintains an elusive professional identity, is a first timer to the award ceremony. She nabbed a surprising five nominations, including Album of the Year, Best New Artist, Best R&B Song, Best R&B Performance, and Best R&B Album. Even more impressive: Those nominations are essentially based off of two EPs. Last year, she combined H.E.R. Volume 1 and 2, from 2016 and 2017 respectively, into one full-length project, earning widespread acclaim and the notice of the Recording Academy.

“I started crying and everybody was going crazy,” H.E.R. told Billboard of learning about her nominations. “We were all screaming and crying. It was a moment to be surrounded by my band and the people I love.”

This past fall, H.E.R.’s song “Focus” reached No. 1 on the R&B charts, as did the Daniel Caesar-featuring “Best Part.” She recently wrapped a headline tour, and later this year, she’s set to perform at Coachella. Regardless of how tonight’s awards shake out, it’s clear H.E.R. is primed for a breakout year. Considering her consistent EP release schedule, it’s not unrealistic to expect new music before the end of this year.