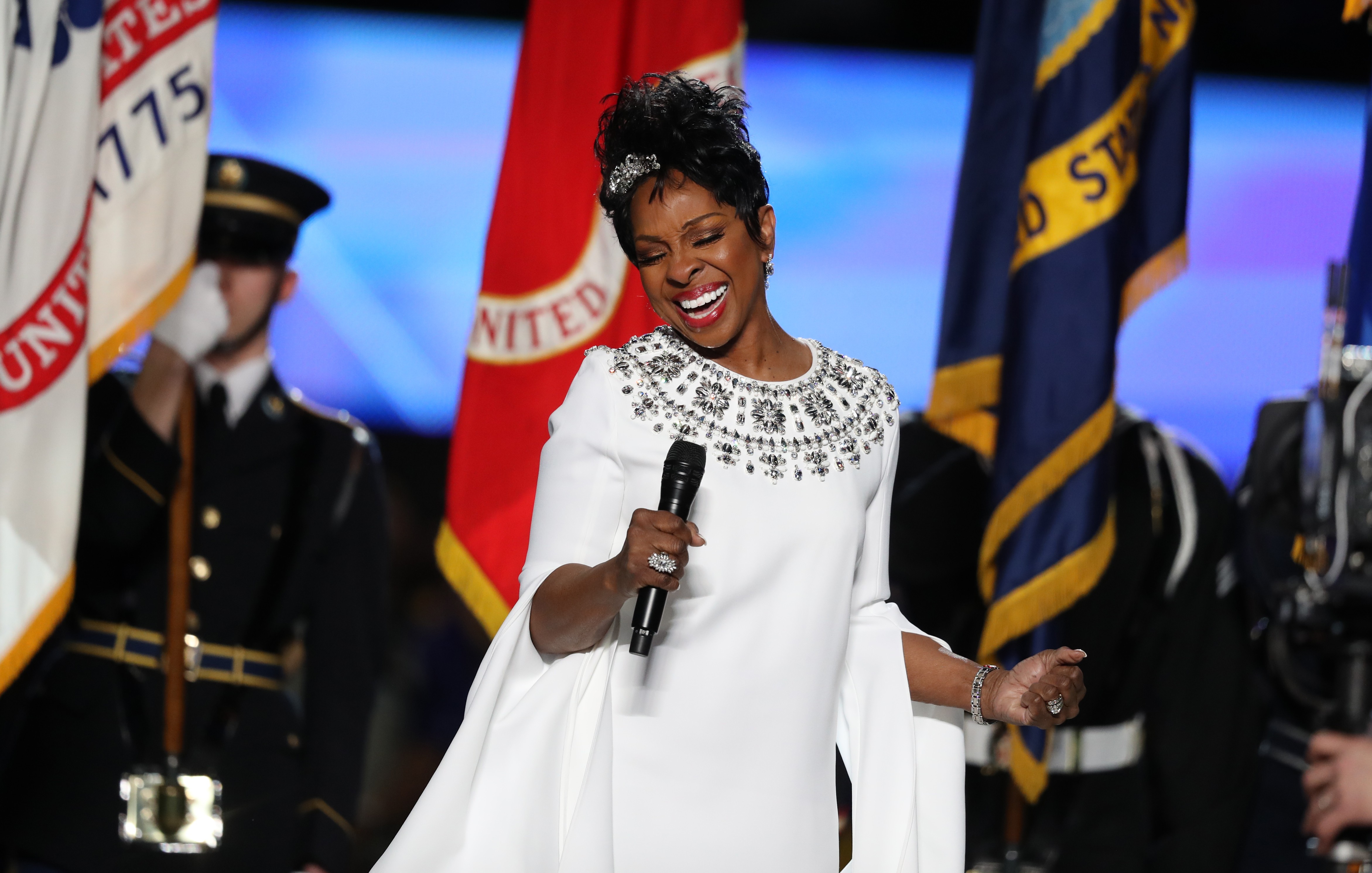 Super Bowl LIII is taking the country by storm tonight at Atlanta’s Mercedes-Benz Stadium. Just before the New England Patriots kicked off against the Los Angeles Rams, Gladys Knight got things started with a performance of the National Anthem.

This year’s Super Bowl musical performances haven’t been without controversy, and in the buildup to her performance, Knight shared a statement addressing her views on the “NFL’s treatment of Colin Kaepernick,” who was blacklisted from the NFL in 2016 following a series of peaceful protests against police brutality.

“I understand that Mr. Kaepernick is protesting two things, and they are police violence and injustice,” she shared in the statement. “It is unfortunate that our National Anthem has been dragged into this debate when the distinctive senses of the National Anthem are fighting for justice should each stand alone.”

Maroon 5, Travis Scott, and Big Boi are each slated to perform as part of the Super Bowl halftime show. Thought it was mentioned in an earlier statement shared with Page Six, Cardi B recently confirmed that she would not be performing in the halftime show in a gesture of solidarity with Kaepernick. Both Maroon 5 and Travis Scott joined the NFL in making charitable donations to organizations helping the communities most affected by police brutality. Watch Gladys Knight’s National Anthem performance below.