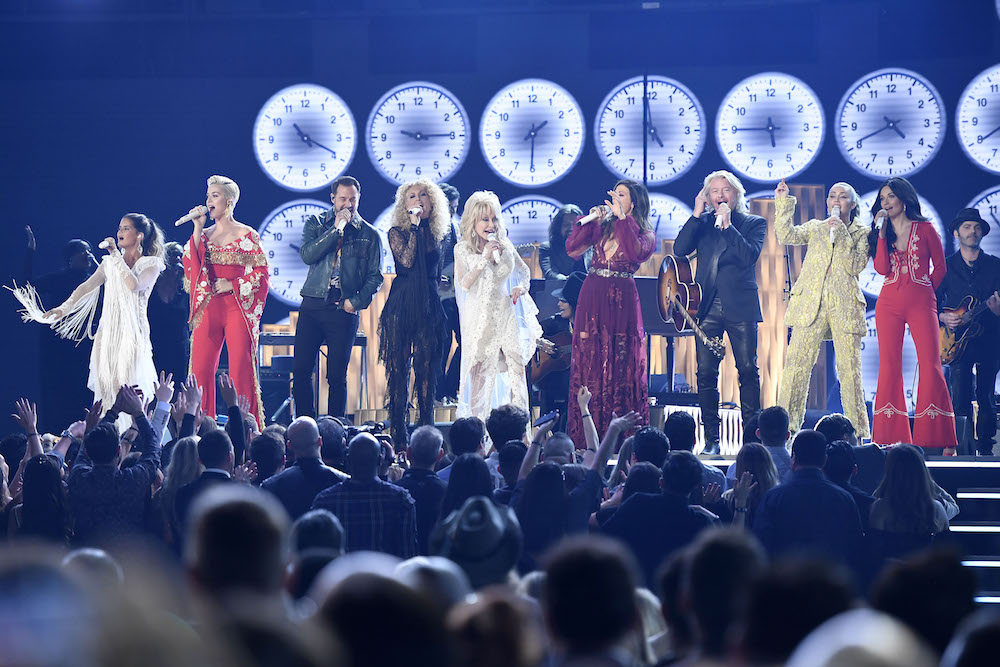 Dolly Parton took the stage at the 2019 Grammys tonight to perform songs from her 2018 album Dumplin’, which serves as the soundtrack to the Netflix movie of the same name. Parton was being honored as the Recording Academy’s 2019 Musicares Person of the Year.  Katy Perry, Little Big Town, Maren Morris, and Kacey Musgraves performed versions of some of Parton’s signature songs, with Perry and Musgraves helping out on “Here You Come Again,” Cyrus on “Jolene,” Morris for a cover of Neil Young’s “After the Gold Rush,” and Little Big Town for “Red Shoes.”

Parton’s Dumplin’ album, which was released in November in conjunction with the Netflix holiday film, features Parton performing brand new songs, as well as new versions of old classics like “Jolene,” “Here I Am,” and “Here You Come Again” featuring collaborators including Sia, Miranda Lambert and Mavis Staples. The Grammys previously paid tribute to Parton in 2011, when the legendary singer and songwriter received a Lifetime Achievement award: Keith Urban, John Mayer, and Norah Jones teamed up to perform a rendition of “Jolene.” Parton last performed at the Grammys in 2001 when she collaborated with Nickel Creek and Brad Paisley for a rendition of Billy Joel’s “Travelin’ Prayer.”