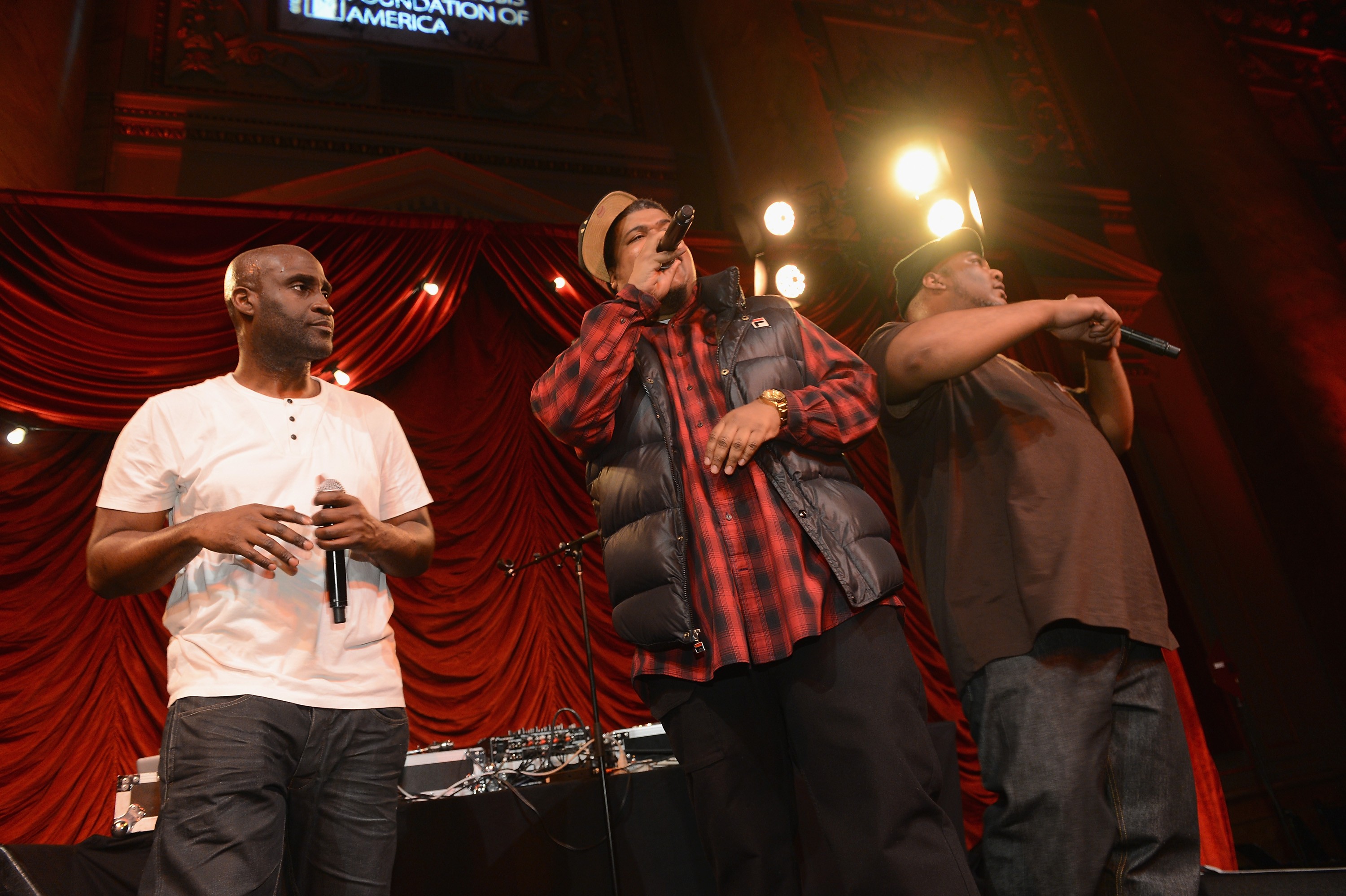 De La Soul’s landmark debut album, 3 Feet High And Rising, turns 30 years old on Sunday. And soon, MissInfo reports, you might actually be able to stream it online, along with the rest of De La Soul’s first six albums. The iconic hip-hop trio has long been struggling to get their early catalog on streaming services and digital retailers like iTunes. It looks like they’ve finally won the battle, but it seems it’s something of a pyrrhic victory.

In a series of Instagram posts and an appearance on Sway In The Morning yesterday, De La Soul announced that although their full catalog will be available to stream and purchase online, they’re fighting with their former label Tommy Boy Records over royalties. “We are not happy about releasing our catalog under such unbalanced, unfair terms,” they wrote. “Your purchases will roughly go 90% Tommy Boy, 10% De La.”

Tommy Boy recently reacquired the rights to De La’s catalog after dissolving a partnership with Warner Bros. Records. Presumably, one of the reasons that Warner Bros. never made the music available to stream before is sample clearance issues — De La Soul recorded their debut back in the Wild West era of sampling, an era that ended in part after the Turtles sued De La Soul over an uncleared sample in 1989.

But it seems that Tommy Boy is just ignoring all of those pesky sample clearance issues. “When confronted and questioned whether or not all samples had been cleared for our catalog’s streaming release, Tommy Boy felt that it would be better to move forward with the release and deal with all claims/lawsuits later on,” De La Soul wrote on Instagram. “Really???? That’s just not smart business. We don’t want to be sued.”

“Don’t feed the vultures, support and respect the culture. If you wanna support De La Soul, cop the #grinddate and #anonymousnobody albums,” De La Soul added in another Instagram caption before seemingly teasing some new music: “Coming soon: #delasoul @realpeterock and @djpremier 2019!!!” Check out their Instagram posts and Sway In The Morning interview below, along with a message of support from Questlove.

For our fans to finally be able to stream and/or download our music will be a dream come true! The reality for De La… what an ugly greedy nightmare. #threefeethighandrising #delasoulisdead #buhloonemindstate #stakesishigh #aoimosaicthump #bionix Tag and let @tommyboyrecords and @dodo_011.1 know how you feel #respecttheculture #respecttheart #respecttheartist More news to come on Sway In the Morning, tune in.

11.9k Likes, 741 Comments – De La Soul (@wearedelasoul) on Instagram: “For our fans to finally be able to stream and/or download our music will be a dream come true! The…”

We are being placed in the line of fire. @discogs @spotify @applemusic @tidal @googleplay @deezer @vinylmeplease @amazonmusic We understand respect and appreciate your support and business. We regret that you and fans have been place in the middle of this mess. De La Soul cannot afford negligent hurried business. We are fighting for our livelihood. Imagine trying to settle a #phantom2millionddollardebt and now possible lawsuits lurking??? There goes that 10% Thank you @tommyboyrecords #respectourlegacy #dorightbytheculture #tommyboycott #4080 #delasoul #30years

8,391 Likes, 641 Comments – De La Soul (@wearedelasoul) on Instagram: “We are being placed in the line of fire. @discogs @spotify @applemusic @tidal @googleplay @deezer…”

I hate that it has come to this. Seriously. But there is no “if I have to choose a side?” #DeLaSoul means everything to me. @WeAreDeLaSoul gave me and millions of music lovers LIFE. I been hoping and wishing and praying for their back catalogue to be made available on digital media FOREVER–but not like this @tommyboyrecords. This narrative has been going on since the blues, since jazz, since rock n roll, since disco, since soul—I’m proud of De La for using their voice. Let’s fix this. For the greater good. Let’s be respectful and fair. 90% to the label & 10% to the artist is not fair. Normal protocol is just to ‍♂️ accept that’s how it is nowadays. We can change that. Change starts now. As much as it pains me to not cop 10 of those issues each and share all their timeless work of genius to a generation that has no clue–join me in standing w De La Soul in this #TommyBOYCOTT. Do y’all understand I been waiting DECADES to finally listen to their awe inspiring work in the car, on lunch break, in the gym, just chillin? I can’t do that to them. Until you do right by the soul? There is no convo.