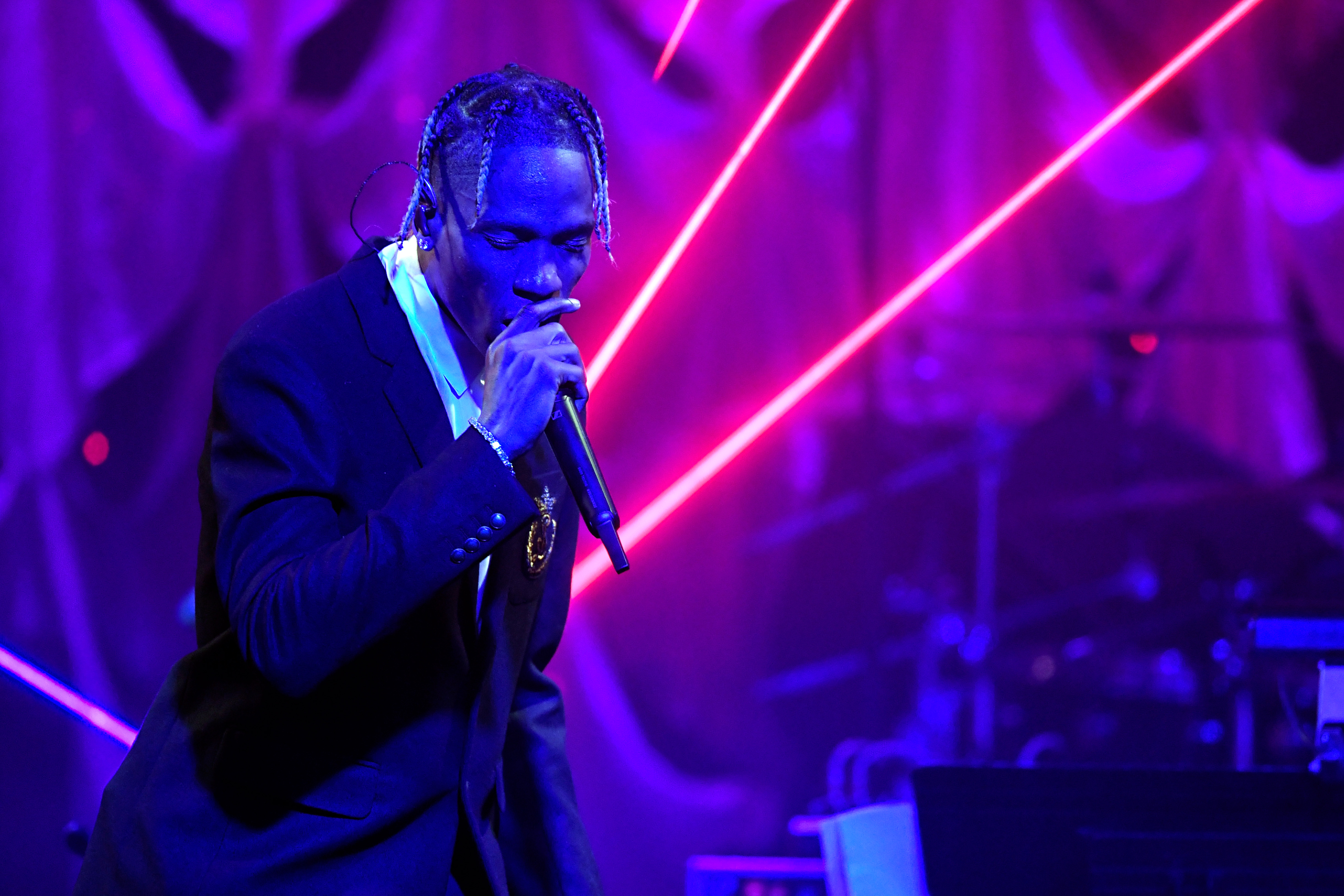 Speaker of the House Nancy Pelosi earned a standing ovation as the first guest introduced by Davis, who hailed the country’s highest-ranking female politician as “front and center making history as never before.”

Security was understandably tight at the event, and Spin witnessed a man being swiftly ejected after trying to gain entry using another guest’s ticket.

Branden Chapman, The Recording Academy’s head of production and chief business development officer, said “people try a little bit of everything” to get into the gala.

“We’ve caught people trying to sneak in through the service corridor,” he recalled. “We’ve had people dress up in tuxes or outfits that mirror the wait staff. Every year we catch people with fake credentials trying to get in.”

Scott opened the night’s performances with a moody rendition of “Goosebumps,” before asking the audience to stand up.

“I could’ve just stayed in the crib and watched Spongebob with Stormi all night, but I chose to come and party with y’all tonight, so I just wanna rage,” Scott said as he launched into the opening synths of his No. 1 hit, “Sicko Mode.”

Settle followed with a show-stopping performance of “This Is Me,” while Best New Artist nominee H.E.R. drew cheers for her soulful, guitar-driven ballad, “Make It Rain.” Nominated for six Grammys this year, singer/songwriter Brandi Carlile turned in one of the night’s best received sets with a rousing take on “The Joke.”

Organizers honored Avant with an introduction by Quincy Jones, a documentary short boasting the likes of Barack Obama and Snoop Dogg  and a medley by legendary funk group The Time.

The night concluded with a stirring Aretha Franklin tribute, which included performances by Jazmine Sullivan (“Call Me”), Rob Thomas (“I Knew You Were Waiting”) and Best New Artist nominees Chloe X Halle (“Sisters Are Doin’ It for Themselves”). The final number saw Carlile, Settle and Valerie Simpson join the Bailey sisters on stage in a fitting send-off to the audience members who remained.