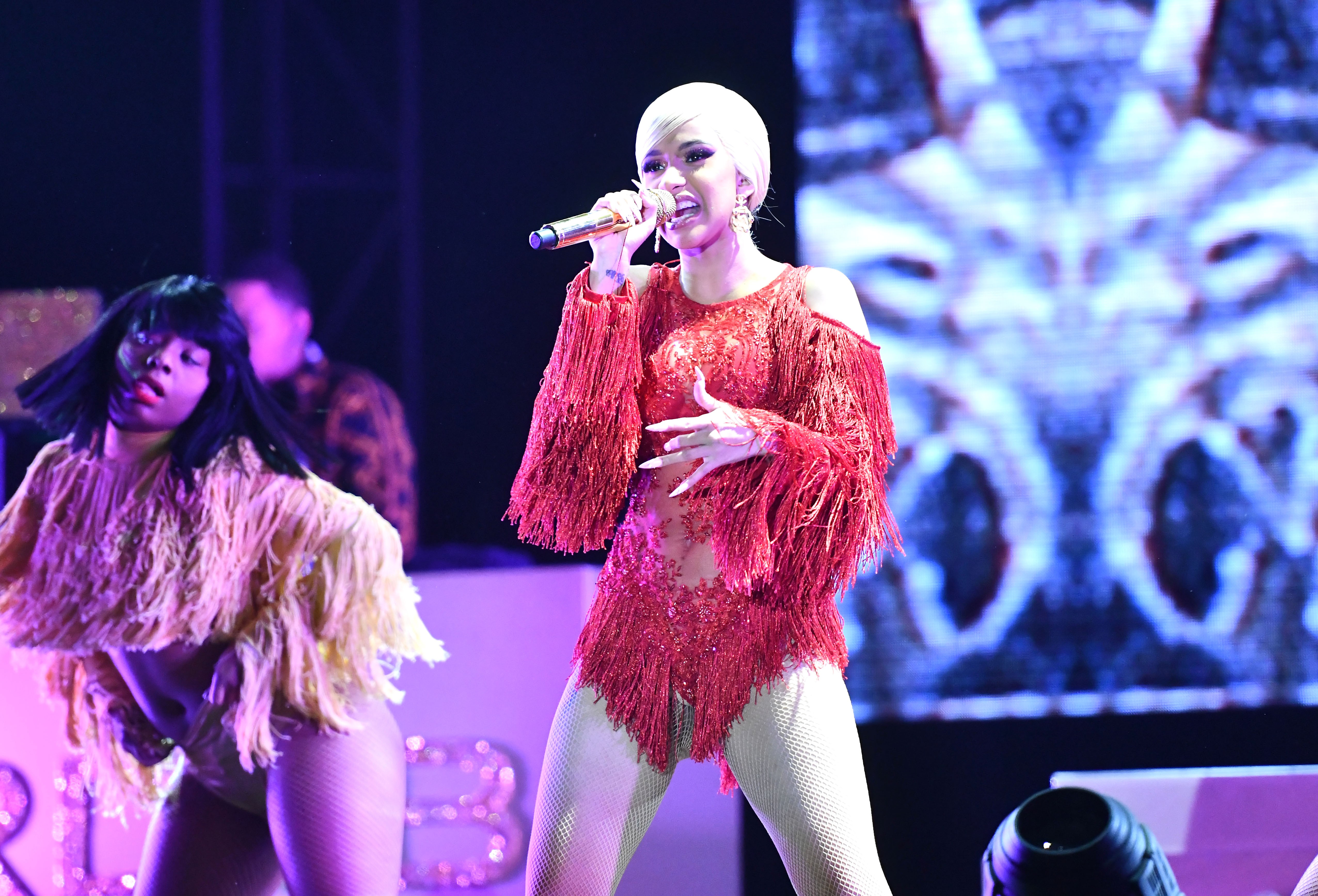 Back in December, numerous outlets reported that Cardi B would not be performing at the Super Bowl halftime show in a gesture of solidarity with activist-quarterback Colin Kaepernick. Cardi was reportedly initially asking for up to $1 million for the performance, but a rep for the rapper said that the number was false, and that she “was not particularly interested in participating because of how she feels about Colin Kaepernick and the whole movement.”

In the buildup to the Super Bowl this Sunday, Cardi spoke with the Associated Press about why she declined to be involved with the event, saying that she had “mixed feelings” about the whole event, and wanted to “stand behind” Kaepernick, who is still blacklisted from the NFL for peacefully protesting police brutality by kneeling the during national anthem in 2016.

“I got to sacrifice a lot of money to perform,” she told the AP. “But there’s a man who sacrificed his job for us, so we got to stand behind him.” She also responded to criticism she’s received for playing other Super Bowl-related events. “…it’s like, well, if the NFL could benefit off from us, then I’m going to benefit off y’all. Y’all make the most money off our people. Why am I not going to take advantage of y’all and take money from y’all too? Because of y’all, we are getting these parties.”

Cardi is slated to appear in a Pepsi commercial with Steve Carell and Lil Jon to premiere during the Super Bowl. Maroon 5, Travis Scott and Big Boi are this year’s halftime performers. Earlier this week, Maroon 5 notably cancelled their pre-performance press conference, with the NFL telling fans that the band “will let their show do the talking” on Sunday. Colin Kaepernick’s attorney said that the band’s performance was crossing an “idealogical or intellectual picket line.” Kaepernick has also spoken out against Travis Scott’s halftime performance. Both Scott and Maroon 5 have since announced charitable donations amid this controversy. Read Cardi B’s full AP interview here.