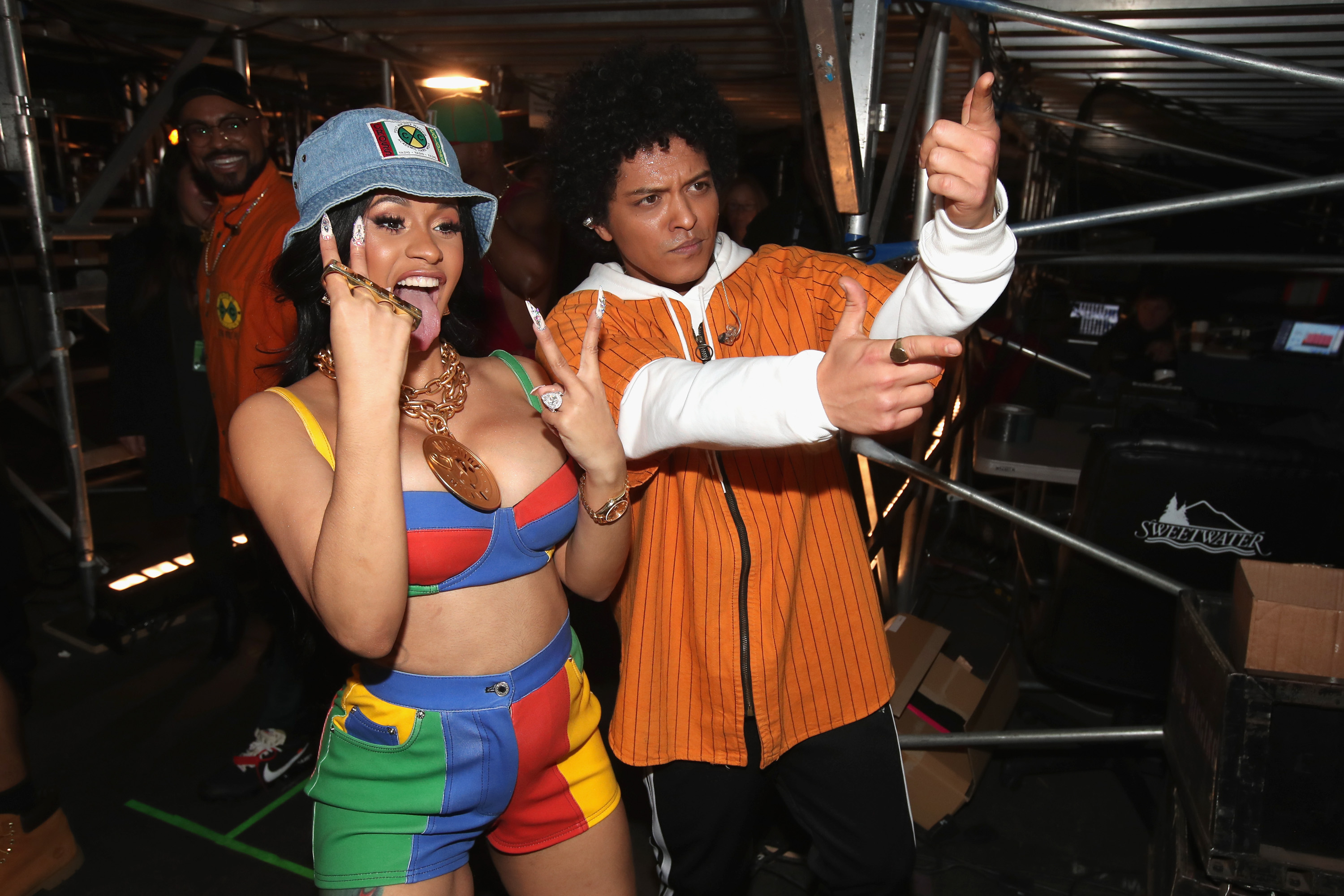 Cardi B and Bruno Mars have teamed up for a new song titled “Please Me.”

The track was announced on Wednesday via Cardi’s Instagram. “I’m back from retirement,” wrote Cardi, referencing the recent deletion and subsequent reactivation of her Instagram account. Cardi’s brief “retirement” was the result of frustration in the wake of negative comments she received about her Grammy win last week (her 2018 album Invasion of Privacy earned her this year’s award for Best Rap Album). Luckily, though, Cardi wasn’t gone for long.

Cardi B and Bruno Mars previously worked together on the remix of 24K Magic cut “Finesse.” The two performed together at the 2018 Grammy Awards, and were scheduled for a joint tour last fall, but Cardi was forced to drop out after giving birth to her daughter, Kulture.

Stream the new collaborative single below.

Ok so I’m back from retirement to announce I have a brand new song coming out Friday at midnight with @brunomars . # twogrammywinningartist 🏆🏆