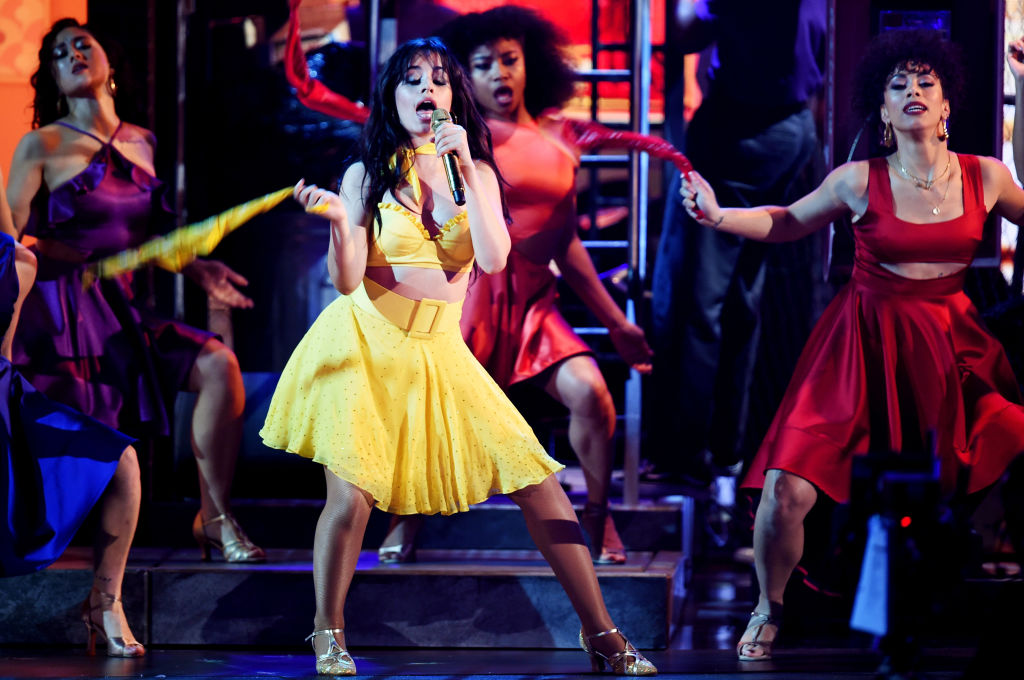 Camila Cabello has opened tonight’s 2019 Grammy Awards ceremony with a performance of her song “Havana.” She appeared with Ricky Martin, Arturo Sandoval, J Balvin, and Young Thug, leading a rare celebration of Latin artists at the top of the show.

The 21-year-old singer is nominated for two awards tonight: Pop Vocal Album, for her 2018 solo debut Camila, and Pop Solo Performance, for the live version of her breakout song “Havana.” (The popular album and single version of “Havana,” featuring a guest verse from Young Thug, was released in August 2017, prior to this year’s Grammys eligibility period. Perhaps the Recording Academy hoped to make up for missing it the first time around.)

Since splitting from X Factor-created pop group Fifth Harmony in December 2016, Cabello has enjoyed remarkable solo success. She also appeared at last year’s Grammys ceremony, where she introduced U2 and called on her Cuban heritage in a speech supporting America’s Dreamers. She spent much of 2018 performing as an opening act on Taylor Swift’s Reputation stadium tour alongside Charli XCX.

Last month, Cabello posted an Instagram photo hinting at new music in the works with Mark Ronson, who’s also nominated tonight. This week, she shared a photo from a pre-Grammys dance rehearsal, writing, “i have butterflies in my tummy.”

Watch a clip of Camila Cabello’s opening performance at the 2019 Grammy Awards below.