Blueface Charged With Felony Possession of a Unregistered Handgun 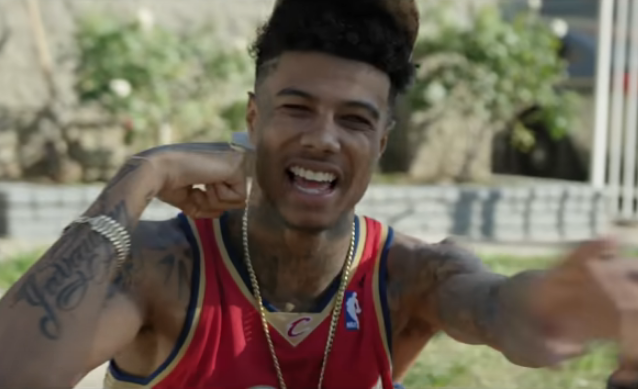 Rising Los Angeles rapper Blueface has been charged with felony gun possession, Pitchfork and The Blast report. The rapper, born Johnathan Porter, was arrested by the LAPD for carrying a loaded and unregistered handgun. The Blast reports that the rapper was arrested with two other men after approached by police while standing with a large group of people, some of whom fled and got rid of their guns. He is currently out on $35,000 bond. The charge for the felony firearms charge comes with a maximum of 3 years in prison. Porter’s next court date is set for February 27.

The rapper released a remix for his viral-gone-Hot-100 hit “Thotiana” this past weekend, featuring a guest spot from Cardi B. His single “Bleed It” was recently released to rap radio, and is currently rising on the Hot R&B/Hip-Hop Songs chart. He was set to embark on a nationwide tour with Lil Baby beginning in March.

Here Are the Lyrics to Blueface’s “Thotiana”