BlocBoy JB Wanted by Police for Drug and Gun Possession 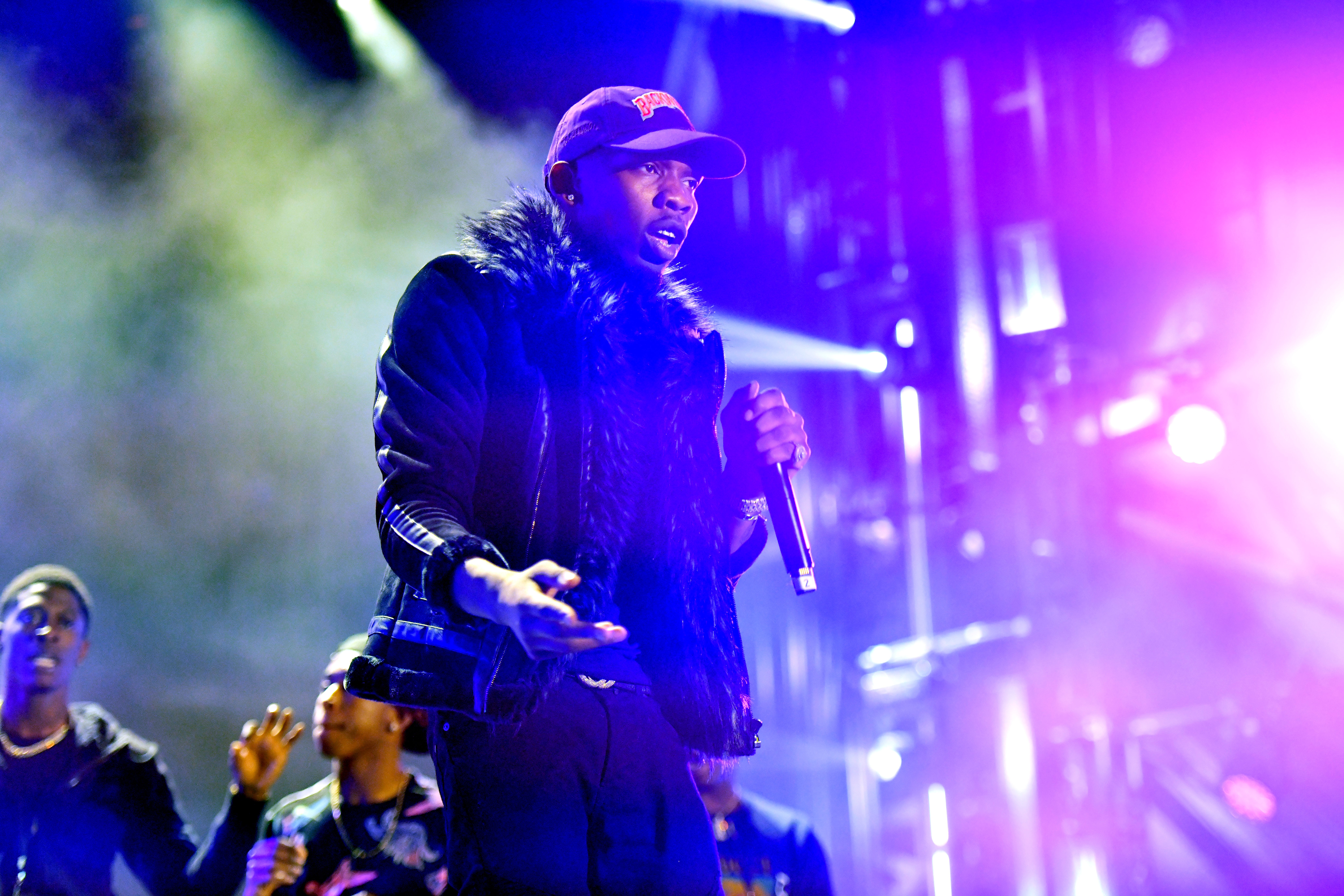 Memphis rapper BlocBoy JB (born James Baker) is wanted by the Shelby County Sheriff’s Office in Tennessee. Memphis CBS affiliate WREG-TV reports that Baker is wanted for charges including possession of drugs and drug paraphernalia, theft of property under $1,000, and for being a convicted felon in possession of a handgun. In a recent post on Twitter, the Shelby County Sheriff’s Office recently asked anyone with information regarding Backer’s whereabouts to contact law enforcement.

BlocBoy JB’s latest mixtape Don’t Think That was released in October. The rapper recently sued Epic Games, the company behind the popular video game Fortnite Battle Royale, for their use of the viral dance for his Simi hit “Shoot” without his consent. Back in June, the rapper released the video for his Simi track “Mamacita.”

Breaking: SCSO needs help in locating James Baker,22, better known as BlocBoy JB. Baker is wanted for poss of drugs & drug paraphernalia, a convicted felon in poss of a handgun, & for theft of prop. Anyone with tips regarding Baker’s location is asked to contact law enforcement. pic.twitter.com/aaTQ5mjHGB

Cardi B Brings Out Chance the Rapper, YG, Kehlani, More at Coachella: Watch