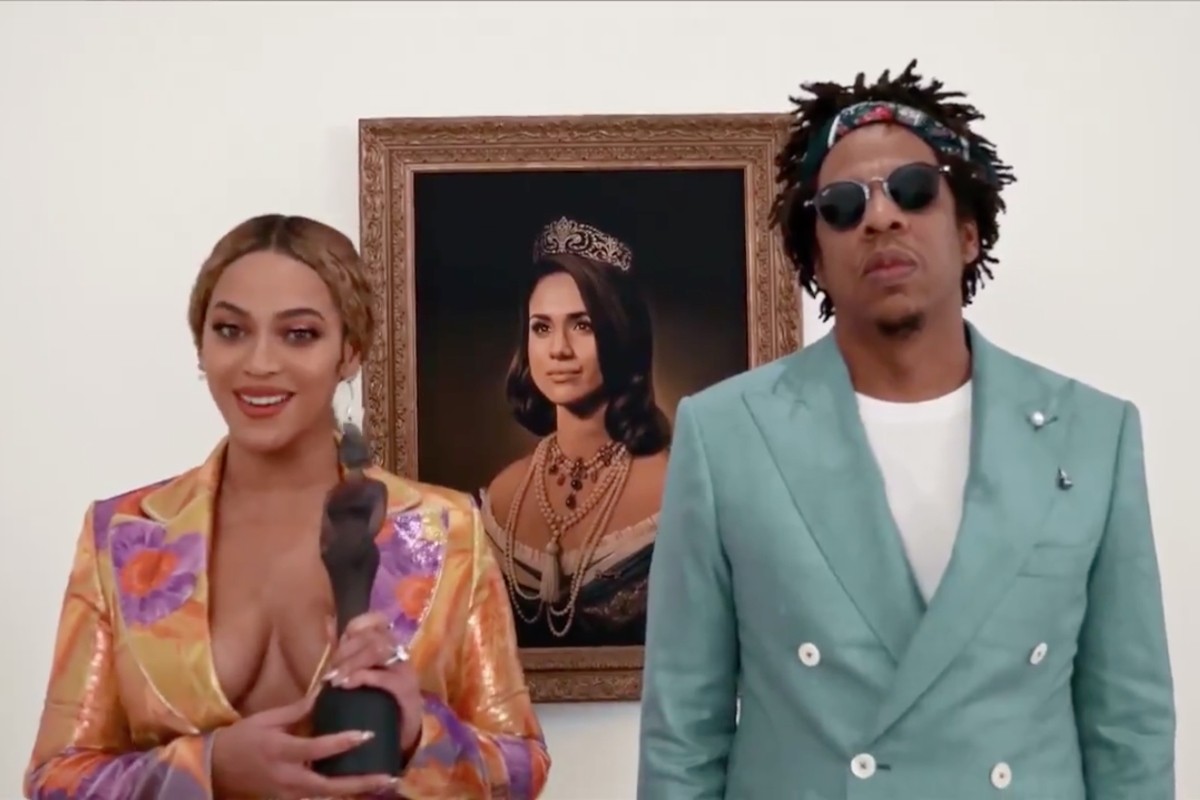 Beyoncé and Jay-Z skipped this year’s Grammy Awards, where they were nominated in three categories for work on their joint album Everything Is Love, and they skipped tonight’s Brit Awards in London, too. (Babysitters are expensive!) For the latter ceremony, however, the couple did record an acceptance speech for best International Group, which they were apparently awarded in advance. In a callback to their “Mona Lisa”-featuring “Apeshit” video, the speech took place in front of a painting of Meghan Markle, Duchess of Sussex, the American wife of Prince Harry.

“Thank you so much to the Brit Awards for this incredible honor. You guys have always been supportive. Everything is love. Thank you,” Beyoncé says in the clip, to which Hov jokingly adds, “You’re welcome.” Then they smirk, turn their backs to the camera, and face Markle. It’s cute, and possibly a clever statement on power, even though Jay’s punchline doesn’t really land. The camera stays focused on the painting throughout the brief speech because royalty is very important.