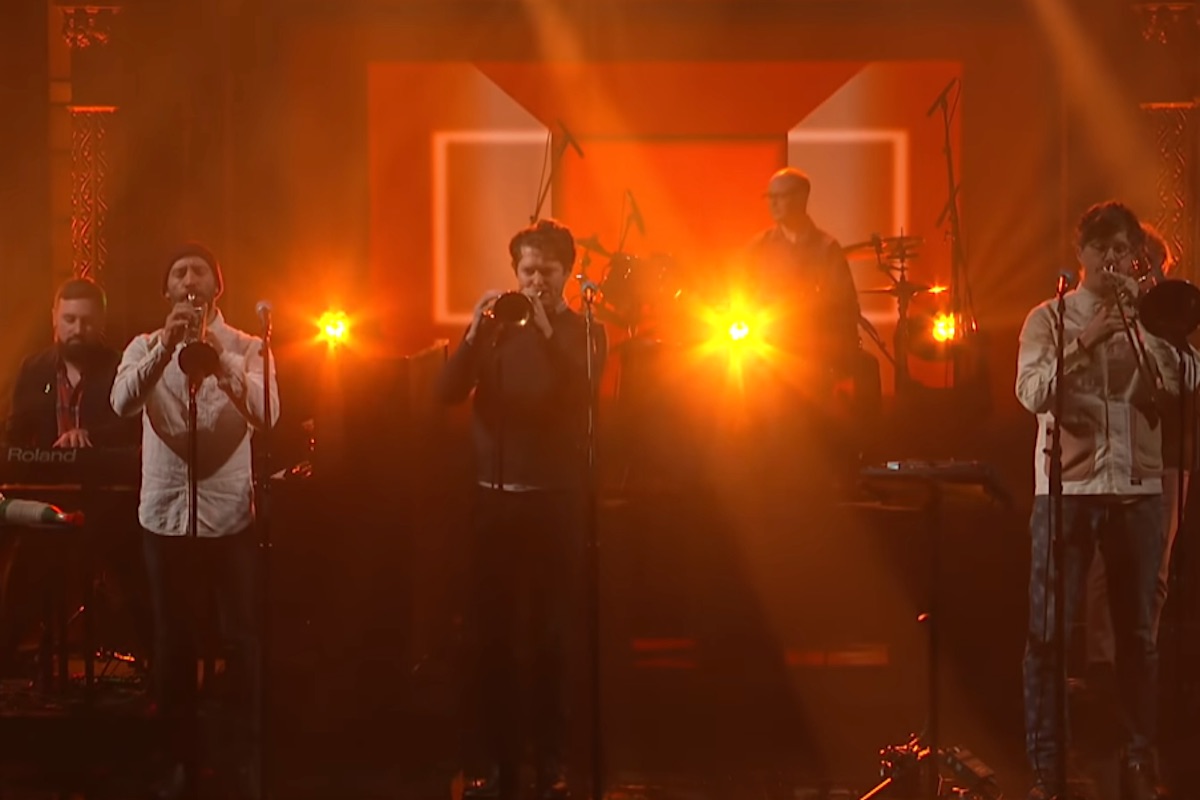 Beirut were guests on last night’s Late Show With Stephen Colbert, where they performed “Gallipoli,” the title track from their latest studio album. The performance has a tranquility to it, as frontman Zach Condon plays trumpet and sings with his slumbering tenor. Beirut released Gallipoli, their fifth studio album, last week. Along with the title track, they have released the tracks ”Landslide” and “Corfu” as album singles.

Beirut will be touring internationally in support of Gallipoli, with a run of dates beginning February 10 at Brooklyn Steel and wrapping up in Mainz, Germany on July 13. Full tour details can be found at the band’s official site. Watch Beirut’s performance of “Gallipoli” below.