Watch Beck Perform “Tarantula” With Feist, Bat For Lashes, and the L.A. Philharmonic on Corden 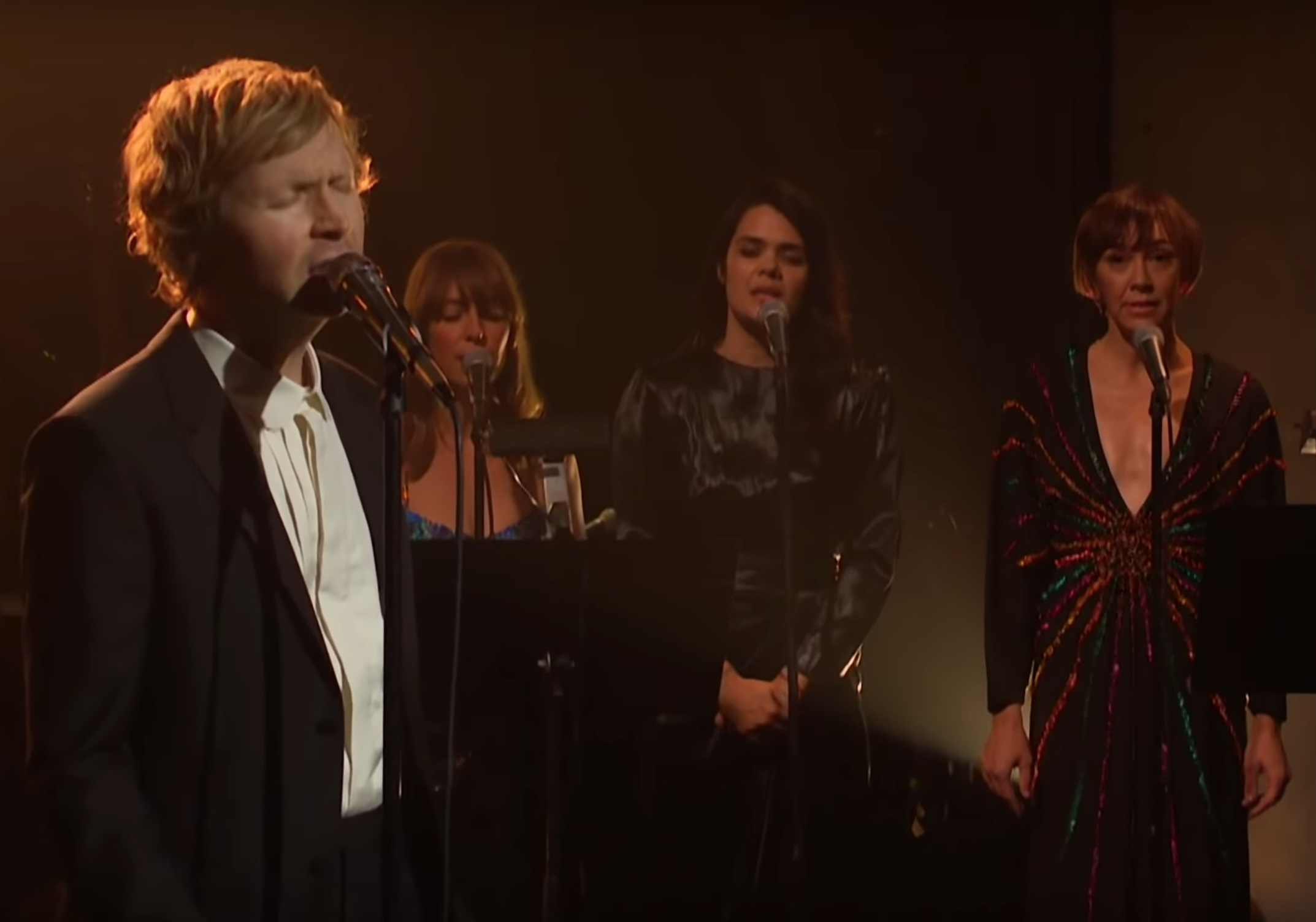 Beck appeared alongside Roma director Alfonso Cuarón on James Corden’s The Late Late Show with James Corden last night, performing his contribution to the upcoming Music Inspired by the Film Roma album. The song is a cover of “Tarantula,” a song written by Colourbox and popularized later by This Mortal Coil. Beck’s performance on Corden was an auspicious affair, introduced by Cuarón, featuring a full chamber orchestra comprised of members of the Los Angeles Philharmonic and conducted by their esteemed, Rodrigo-in-Mozart-in-the-Jungle-inspiring conductor Gustavo Dudamel. Beck’s quartet of backing singers for the occasion was Feist, Bat for Lashes’ Natasha Khan, The Bird and the Bee’s Inara George, and Alex Lilly. Feist appears on the recording of the song as well, contributing production as well as backing vocals.

Music Inspired by the Film Roma is out on Friday, and also features contributions from Patti Smith, DJ Shadow, Billie Eillish (with the previously released “When I Was Older“), UNKLE, Jessie Reyez, El-P, Laura Marling, T-Bone Burnett, and more. Roma is up for ten Oscar awards this year, including Best Picture. Watch Beck’s performance below.