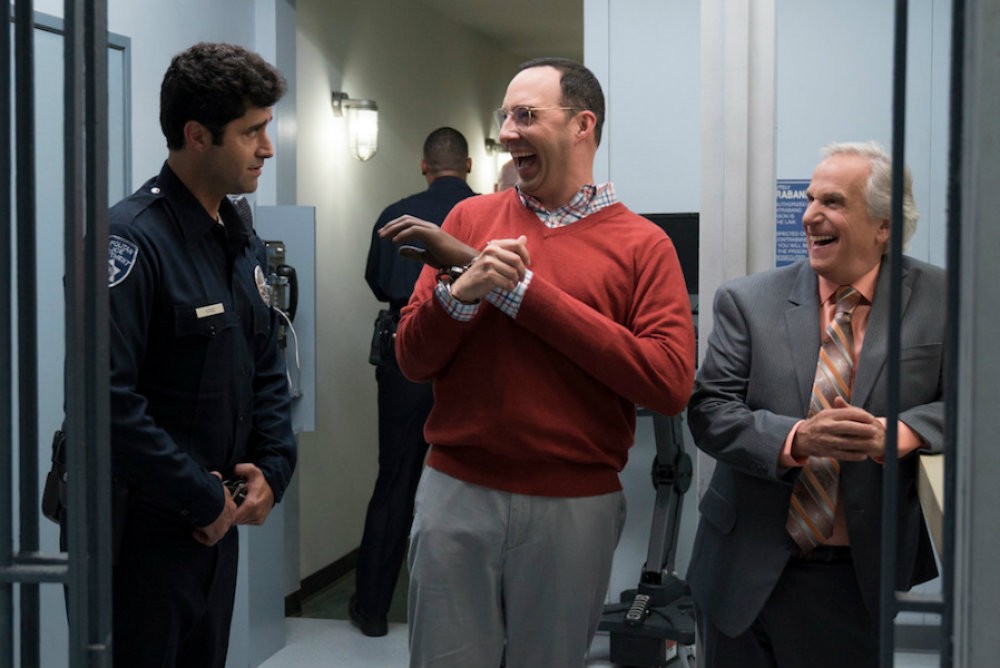 Netflix has released the trailer for Season 5 Part 2 of Arrested Development. The first half of the fifth season premiered last May. The subsequent press tour included a disastrous interview between the cast and the New York Times that imploded following questions about the sexual harassment allegations that led to Bluth family patriarch Jeffrey Tambor’s dismissal from the Amazon Prime series Transparent.

“In the second half of Arrested Development’s fifth season, pressures mount on the Bluth family as Buster heads toward a murder trial,” Netflix’s series synopsis reads. “The Bluth company is on the hook to build a ‘smart’ border wall that puts them in debt and risks exposing a software hoax perpetrated by George-Michael. Soon the gay mafia is involved and it appears that even Michael can’t save the family this time. And Tobias becomes a Golden Girl.”

During an appearance on the Late Night With Seth Meyers Podcast last October, cast member David Cross speculated that this will be the series’ last hurrah. “I’ve learned to say ‘Never say never,’ but I can’t see it happening again,” he said. “I think for a number of reasons.”

The second part of Arrested Development’s fifth season premieres on March 15 on Netflix. Watch its trailer below.