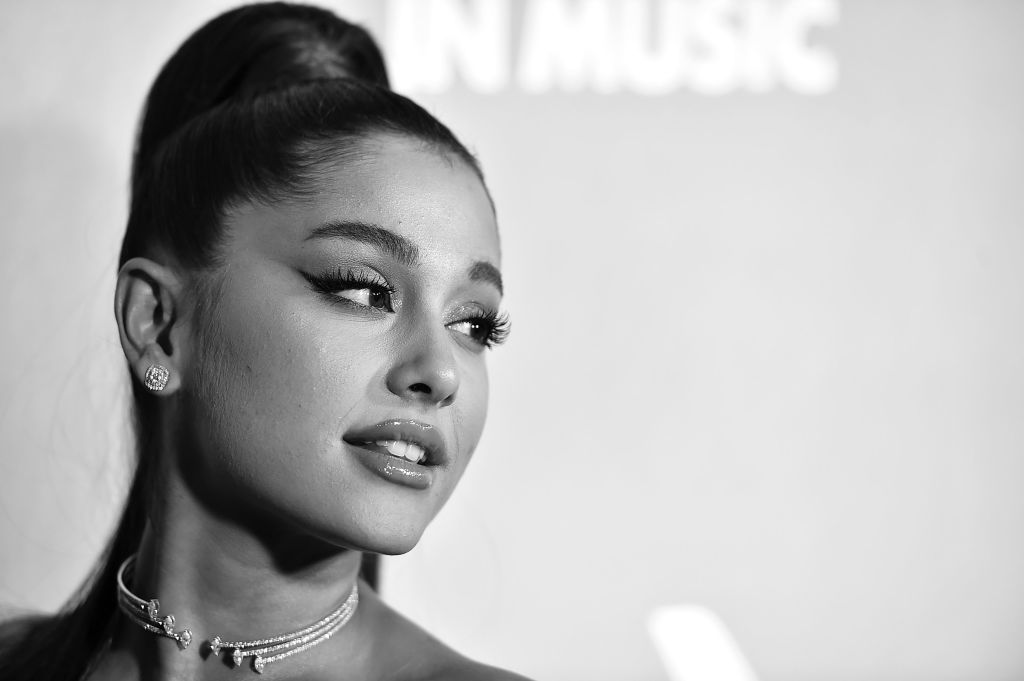 Following a public feud with the show’s producer Ken Ehrlich over a cancelled performance at the show, Ariana Grande did not attend the 61st Annual Grammy Awards last night. She won the award for Best Pop Vocal album, which was her first Grammy, in absentia. Grande seemingly kept up with the show nonetheless, lashing out with a series of angry tweets after Mac Miller did not win the Best Rap Album award for his 2018 album Swimming. Grande, who was romantically involved with the late rapper from 2016 through 2018 and collaborated with him musically, wrote “literal bullshit,” “bullshit,” “fuck,” and “trash” immediately after the announcement that Cardi B’s Invasion of Privacy had won the category. The tweets have since been deleted.

Grande responded to a commenter who criticized the show for inviting Miller’s parents to the ceremony and then not giving her the award. “this. this is what i meant. karen was gonna have a green suit made,” Grande remarked, referring to Miller’s mother. “he slept in the studio for two months,” she continued. She also clarified that she was not commenting negatively on Cardi B’s win with her responses, writing “nothing to do w her. good for her. i promise. i’m sorry” and rebutting a fan’s comment that Cardi was trash (““she’s not at all and that’s not what i meant and u know that.”)

Earlier in the night, Grande took a more positive tone about the awards, thanking the Recording Academy while expressing her gratitude for her Best Pop Vocal Album award. “i know i’m not there tonight (trust, i tried and still truly wished it had worked out tbh) and i know i said i try not to put too much weight into these things …. but fuck ……. this is wild and beautiful. thank you so much,” she wrote.

Ariana Grande tweeted this when cardi B won her grammy😭😭😭 pic.twitter.com/qeN6uj213k

On Twitter, Ariana Grande reacted to Mac Miller not winning ‘Best Rap Album’, detailing that her deceased ex-boyfriend slept in the studio for 2 months to work on “Swimming”. After controversy, she also made it clear that she wasn’t upset with Cardi B winning it. #GRAMMYs⁠ ⁠ pic.twitter.com/N07apKyjB2