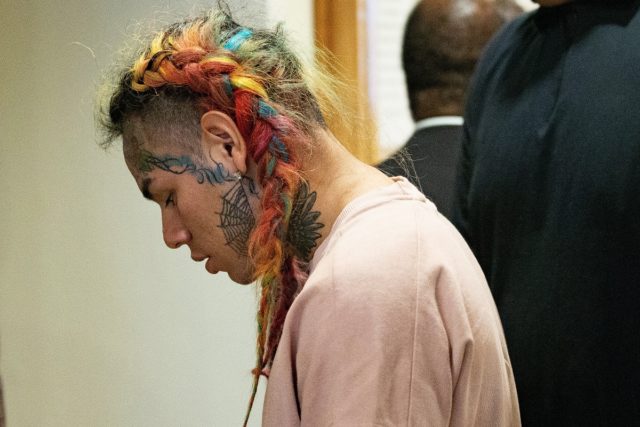 A new report is unveiling new information one month after 6ix9ine and three others were indicted on criminal charges following the attempted NYC shooting of Chief Keef in June 2018.

According to documents obtained by Complex, the rapper told authorities that his associate, Kintea “Kooda B” McKenzie pulled the trigger in the incident. Additionally, he reportedly confirmed that he offered Kooda $20,000 to shoot Chief Keef, but ended up paying $10,000 after the two and 6ix9ine’s manager Kifano “Shotti” Jordan met up to exchange the money.

21-year-old Kooda was arrested on Friday (Feb. 8), and is facing a maximum sentence of life in prison, with a mandatory minimum of ten years. He has been charged with assault with a dangerous weapon in aid of a racketeering conspiracy.

On Feb. 1, 6ix9ine reportedly pleaded guilty to nine counts in his criminal case and agreed to cooperate with the government to provide information about a violent street gang, according to New York’s NBC4.

Billboard has reached out to NYPD to confirm the accuracy of Complex’s documents.