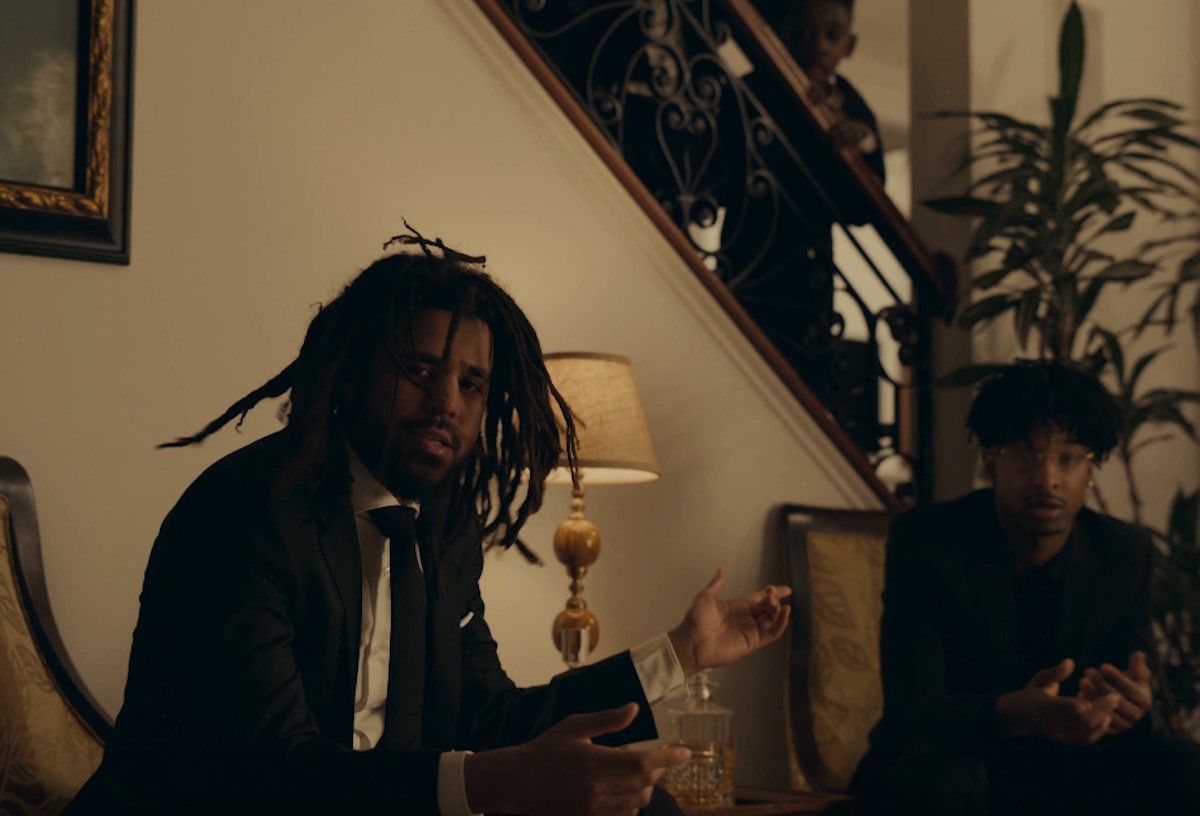 21 Savage has released video for the latest single off his successful recent album I Am > I Was. The J. Cole-featuring “A Lot,” which mysteriously had Cole’s verse removed from the CD version, was directed by Aisultan Seitov. The clip shows the two artists surrounded by a large family of people of different ages celebrating and enjoying the wealth they’ve been given, sprinkled in with flashbacks to dire times for different people at a less fortunate time in their lives.

The “A Lot” video is easy to follow narrative-wise, but it really shines because of how beautiful it looks. The crisp, perfectly lit video is a wonder to watch. “A Lot” originally came under a little fire online due to J. Cole’s apparent support for currently incarcerated rapper 6ix9ine. “Pray for Tekashi, they want him to rot/I picture him inside the cell on a cot/Reflectin’ on how he made it to the top/Wonderin’ if it was worth it or not.” 21 Savage came under a lot more heat for his lyrics on the “ASMR,” due to a line that referenced “Jewish money.”  Watch the video for “A Lot” below.