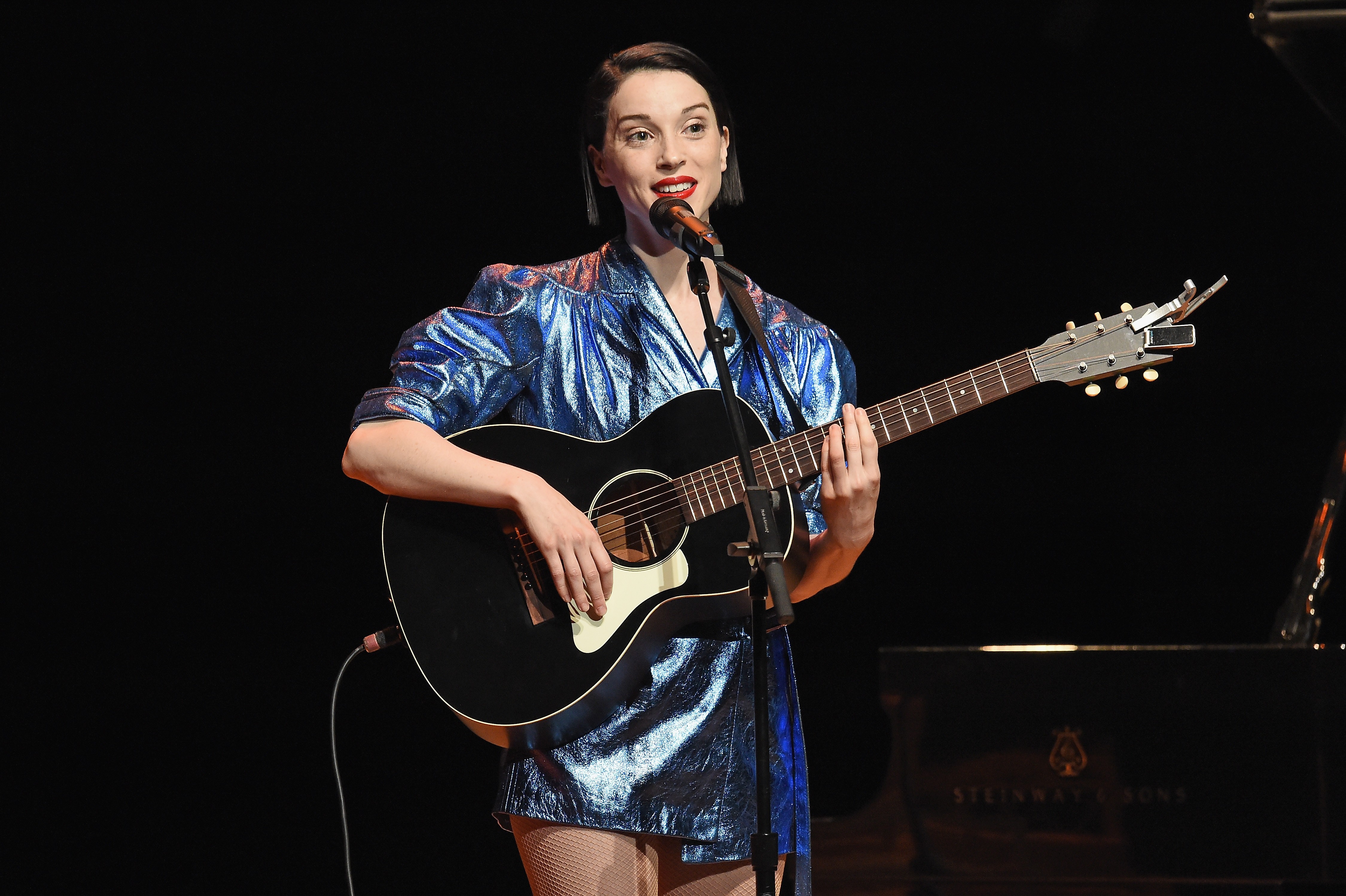 St. Vincent performed with a lone acoustic guitar, reframing her latest album MASSEDUCTION yet again (she released piano reworks of the album in October), and offered a somber take on Anthony Keisis’ relationship drama and lyrics of “burning” feelings. “I wanna give a very special thank you to Josh Klinghoffer … for fucking bitching guitar playing, but also for correcting my chords just about 20 minutes ago,” she said, per Rolling Stone.

Beck wrapped his own set with a medley that interpolated Chic’s “Good Times,” the Rolling Stones’ “Miss You,” Talking Heads’ “Once in a Lifetime,” and more; Black joined him on stage to perform three songs from The Doors. Red Hot Chili Peppers closed the night and snuck in a cover of Beck’s One Foot in the Grave track “Cyanide Breath Mint.”

You can read a full recap of the show, including set lists, here. Watch St. Vincent’s “Breaking the Girl” cover below.