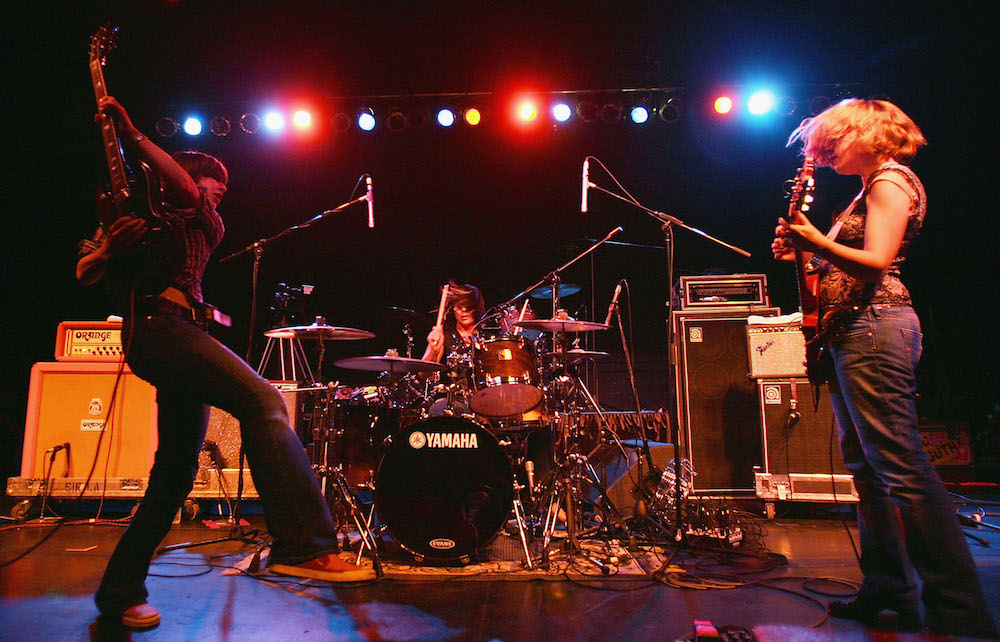 Sleater-Kinney will evidently return with new music this year, with an extremely pleasant surprise guest behind the boards: Annie Clark, aka St. Vincent, who posted a very cool photo of herself in the studio with the great Pacific Northwest punk trio this morning. “2019. @Sleater_Kinney produced by St. Vincent,” read the caption.

Clark is both an unexpected and a perfectly intuitive choice to helm Sleater-Kinney’s new record: on the surface, her music doesn’t sound much like theirs, but they share a talent and interest for old-school guitar theatrics, a sly sense of humor, and an ability to bring politics into their music in novel and non-obvious ways.

Sleater-Kinney’s latest album was 2015’s reunion record No Cities to Love, and St. Vincent’s was 2017’s Masseduction, which featured a piano-centric companion piece called Masseducation. There’s no word yet whether the material they’re working on will be a full-length album or something else, but more updates will surely be coming down the line.