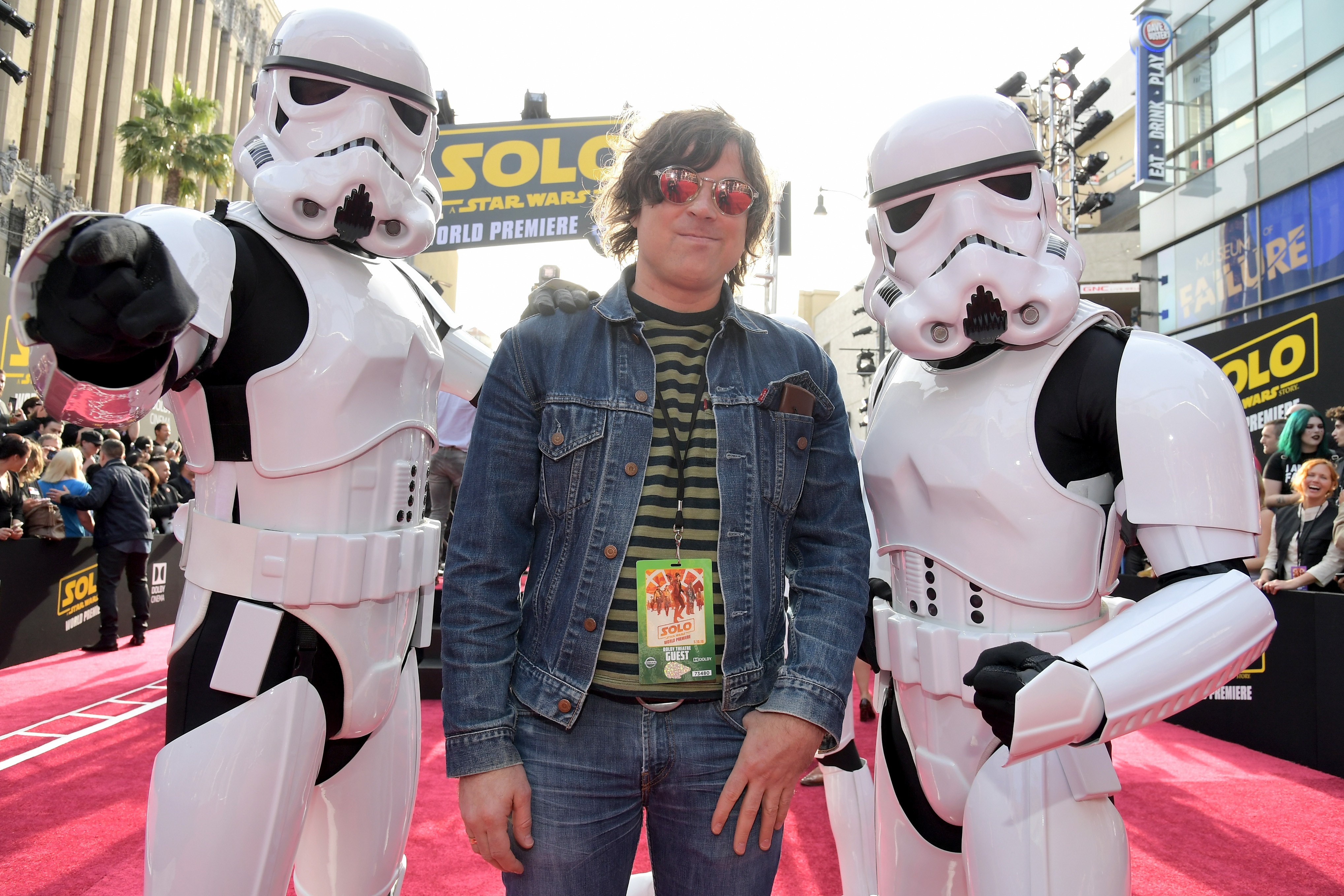 On Monday afternoon, Ryan Adams announced an ambitious plan to release three new albums before the end of 2019. Over the past 36 hours of our site’s dutiful Ryan Adams coverage, a clear pattern has emerged: all of these new album details, from tracklists, to production credits, to promotional photography, have been revealed by political journalists.

Soon after the initial announcement, MSNBC anchor Katy Tur tweeted out the artwork for the first of Adams’ upcoming albums, Big Colors. Yesterday, Politico’s Jake Sherman was first to reveal the Nebraska-referencing artwork for Ryan Adams’ second upcoming album of 2019, Wednesdays. He then shared what looks like a press shot (read: not taken by Sherman) of Adams in the studio with Blue Note label boss Don Was. He’s also apparently heard the album in full, and “can’t get enough.” In this morning’s iteration of The Washington Post’s Power Up, Jackie Alemany reported that Don Was is credited as co-producer on Wednesday, along with Beatriz Artola, and dropped the full tracklist for Big Colors. A few hours ago, Anthony Mason of CBS News posted a screenshot of a text from an anonymous source, containing the full Wednesdays tracklist.

We music journalists aren’t a territorial sort. We get it, man — sometimes you need to release your records through incremental leaks to places like The Washington Post instead of your friendly neighborhood music blog. But we can’t help but wonder what Adams is hoping to accomplish here. Does it all amount to some kind of political statement? Whether or not this is a coordinated PR campaign, or the work of a rogue Adams acting on his own (a la Deep Throat) has yet to be seen. We’ve reached out to Adams’ team for comment.