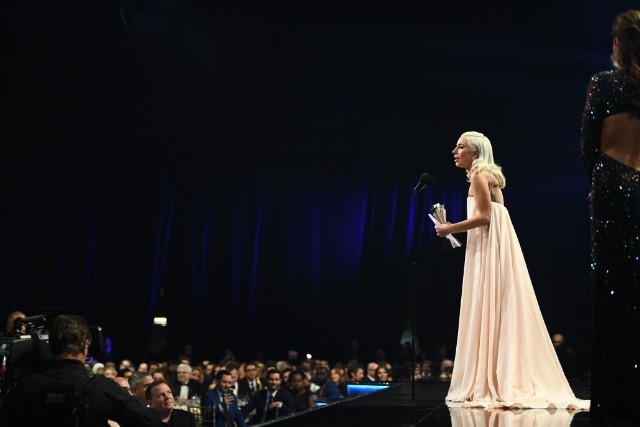 Lady Gaga’s A Star Is Born smash “Shallow,” Kendrick Lamar and SZA’s Black Panther soundtrack hit “All The Stars,” “The Place Where Lost Things Go” from Mary Poppins Returns, RBG’s “I’ll Fight,” and “When A Cowboy Trades His Spurs For Wings,” which Gillian Welch and David Rawlings wrote for the Coen Brothers’ Netflix Western anthology The Ballad Of Buster Scruggs, are all nominated for Best Original Song at this year’s Oscars. But only two of them will be performed live at the Academy Awards’ telecast on 2/24, Variety reports.

Typically, all of the songs nominated would be performed for the audience. But this year, several of those performances are being cut in an attempt to keep the telecast’s runtime down to three hours. The Academy has also hinted that several Oscars for craft categories, like sound editing and mixing, might be presented during commercials for similar reasons.

Multiple sources tell Variety that “Shallow” and “All The Stars,” the two biggest hits from the slate of Best Original Song nominees, are the only ones that will be performed. The Academy, meanwhile, says that no decision on song performances has been made yet. Either way, Lin-Manuel Miranda, who co-starred with Emily Blunt in Mary Poppins Returns, isn’t happy.

The 1st time I stayed up to watch the Oscars, it was because I LOVED The Little Mermaid & they were going to sing songs from the movie I loved on The Oscars.
If true, and Poppins’ song won’t be performed, truly disappointing. Hostless AND music-less?
To quote Kendrick: Damn. https://t.co/BEXOy7JCId