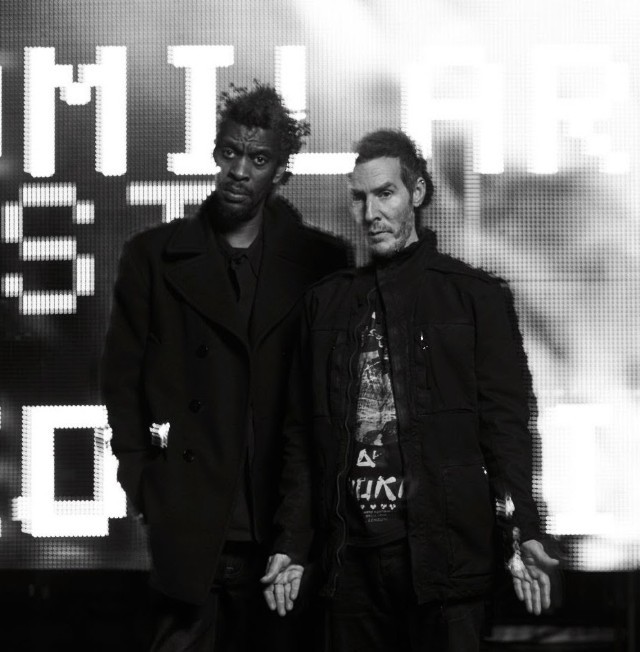 Later this month, Massive Attack will head out on tour, celebrating the 20th anniversary of their classic 1998 album Mezzanine. (The anniversary was last year, but nevermind.) The tour seems like it’ll be quite a spectacle. Two major Massive Attack collaborators, Cocteau Twins singer Liz Fraser and reggae legend Horace Andy, will be performing with them. And today, we learn that the cultishly beloved documentary filmmaker Adam Curtis is collaborating with the group on the tour’s visuals.

If you’ve never heard of Curtis, he’s been working for decades, making long and fascinating movies that attempt to make a grand narrative out of the way that vampiric accelerated capitalism has made life hell for a whole lot of people. They’re the sort of movies that leave you sputtering to your friends after watching them, trying to talk about the ideas in a way that won’t make you sound insane.In a statement about the tour, Curtis has this to say:

The show tells the story of the strange journey we have all been on over the past twenty years since Mezzanine was released: How we have moved into a strange backward-looking world, enclosed by machines that read our data and predict our every move, haunted by ghosts from the past. A pleasure dome that makes us feel safe from the endless wars outside, and plays back stories both of dreams of glory and the fear of others. But in that safe world suspicion and distrust is spreading — like a virus. The air is growing stale. Everyone sees conspiracies everywhere. But maybe suspicion is control?

If you’ve got two hours and 40 minutes to spare, here’s Curtis’ 2016 documentary HyperNormalisation, which will fuck you up: