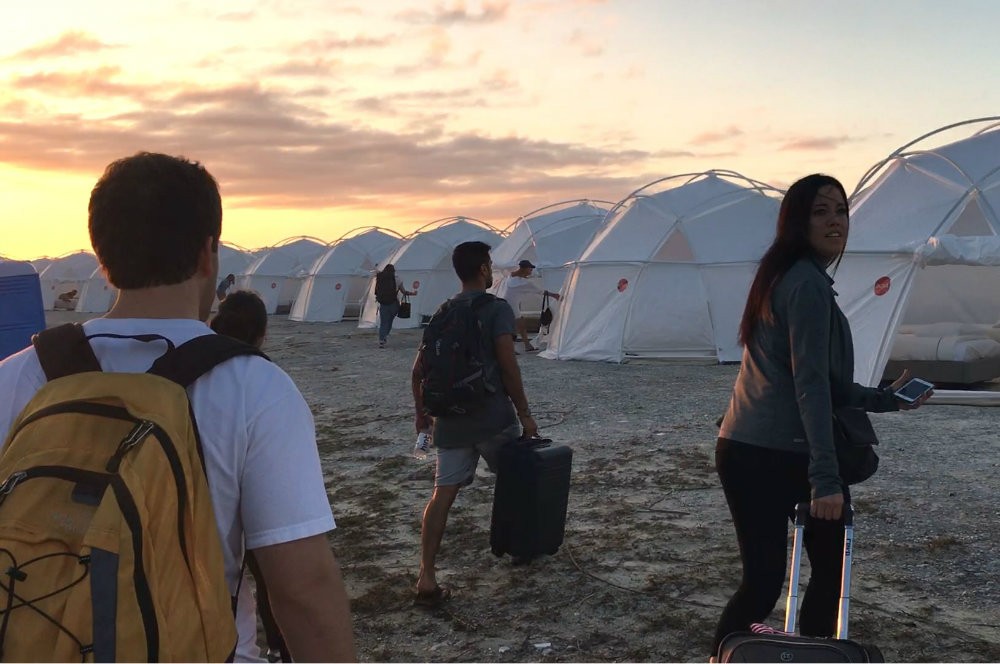 After dropping a brief teaser video last month, Netflix has released a proper trailer for Fyre: The Greatest Party That Never Happened, the Fyre Festival documentary the streaming service will premiere on January 18. The doc, directed by Emmy-winner Chris Smith, is the first of several projects based on the failed luxury music fest organized by rapper Ja Rule and his sketchy business partner-turned-convicted felon Billy McFarland. Hulu has a competing film in the works and Seth Rogen and The Lonely Island have hinted they’re developing a project.

Smith was able to score interviews with people involved in almost every aspect of the festival, including the production team, attendees, and exploited Bahamian laborers. He was, however, unable to get grifter extraordinaire McFarland to sit down for a talking head segment.

“Billy wanted to get paid,” Smith told EW. “We didn’t feel comfortable with him benefiting after so many people were hurt as a consequence of his actions.”

The official trailer reveals more footage, including McFarland and Ja Rule living the velvet rope life, a positively demonic scene of McFarland smoking a cigar while his face is alit with the flames of an off camera bonfire, and shots of festival attendees going all Lord of the Flies after realizing their luxury getaway was a bust.