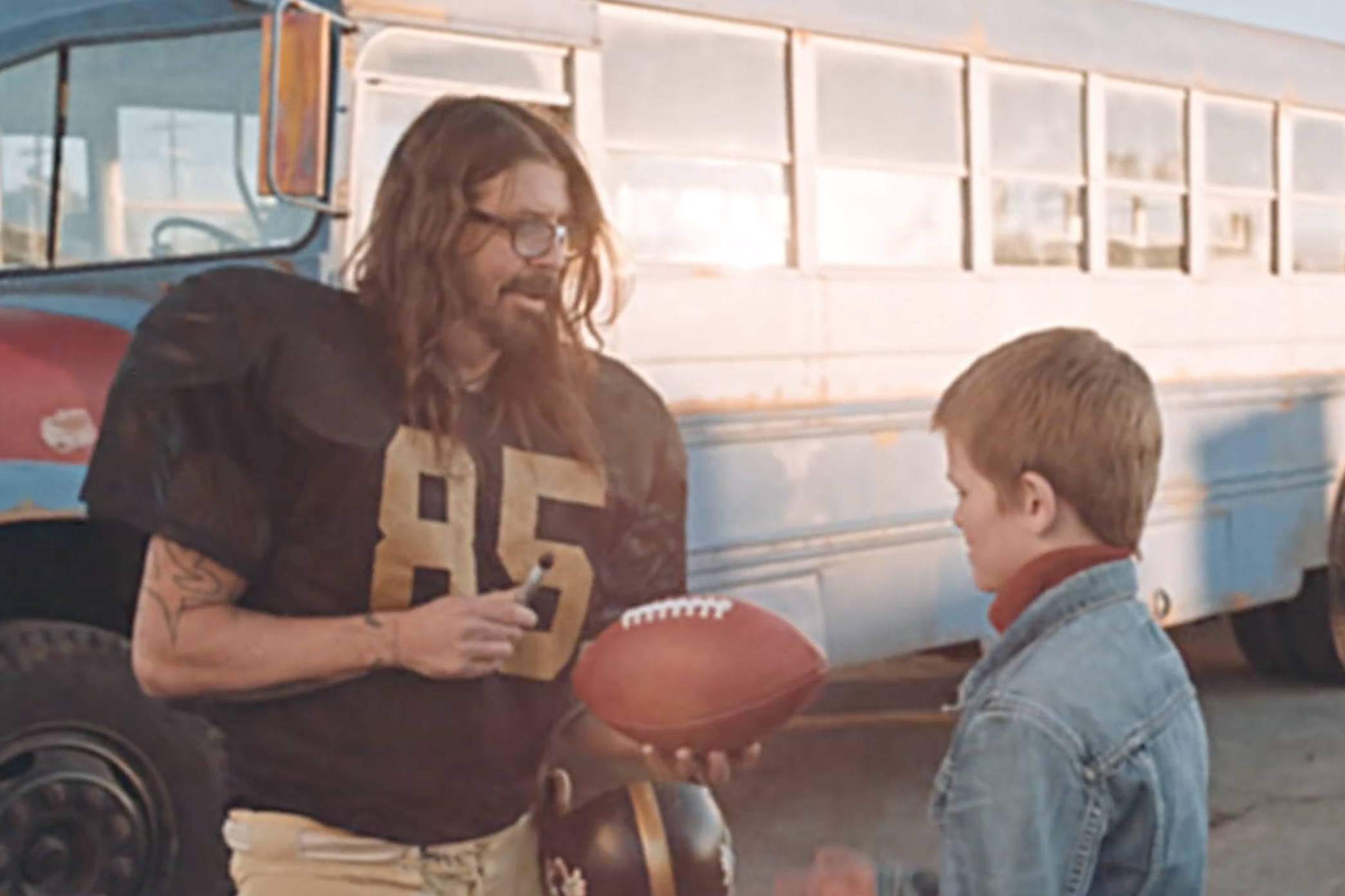 Foo Fighters will be performing with Run The Jewels at DIRECTV’s Super Saturday Night show on February 2 in Atlanta, the night before the Super Bowl. Ahead of that show, Dave Grohl and the gang have shared a characteristically silly promotional short, featuring members of the Foo Fighters as part of a fictionalized 1970s football team called the Jackalopes. The Grohl-directed clip also stars Curt Menefee, Terry Bradshaw, and Michael Strahan as sportscasters.

After an establishing shot of a “Get Jacked On Jackalopes” banner, Dave Grohl steps off the team’s bus as an alcoholic felon named “Larry Butz.” Pat Smear, Chris Shiflett, Nate Mendel, and Taylor Hawkins form the rest of this team of misfits, whose antics include injuring each other and running into things. Near the end of the video, a young fan asks Grohl to sign his football. Grohl responds by drawing a dick — nice!

This past Wednesday, Foo Fighters joined Metallica, Ryan Adams, Josh Homme, Peter Frampton, and members of Soundgarden and Audioslave for an enormous five-hour tribute concert to Chris Cornell. A press release warns that the Foo Fighters’ Super Saturday Night performance with Run The Jewels could be our “last dose of live Foo Fighters for quite some time to come.” The show is now sold out, but will be streaming live on February 2. Watch the band’s promo short below.