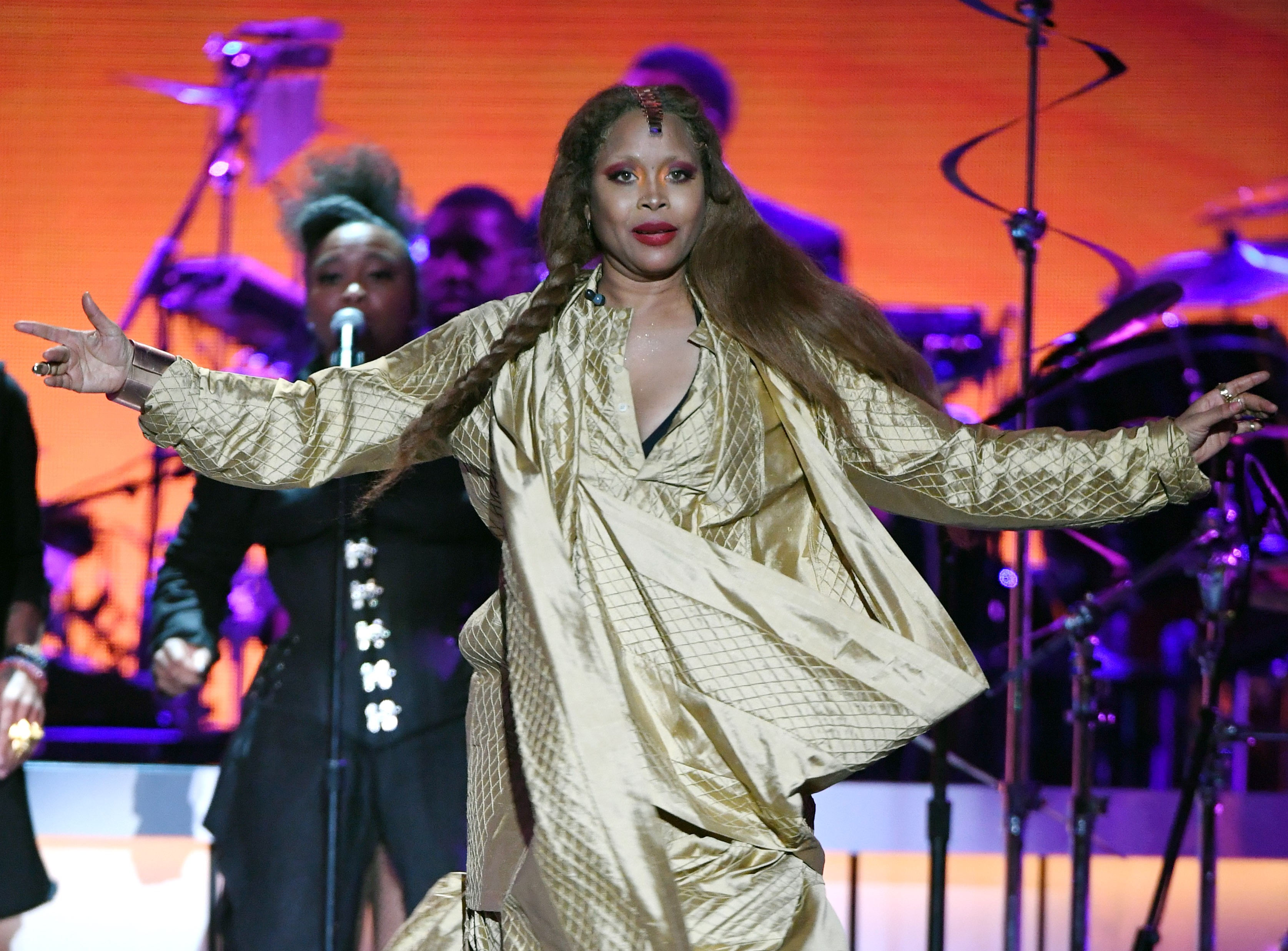 Erykah Badu performed last night at the Aragon Ballroom in Chicago and during her set, she took a moment to say she’s “puttin’ up a prayer right now” for R. Kelly, as TMZ points out. In fan-shot video footage of the moment obtained by TMZ, Badu says she wants to send a prayer out to “R” implying R. Kelly, and that she “[hopes] he sees the light of day and comes forward.”

The gesture didn’t go over well with the audience, who both cheered and booed Badu’s remarks. “But y’all say ‘fuck it!’ See, that’s not love. That’s not unconditional,” she responded to the crowd. “But what if one of the people that was assaulted by R. Kelly grows up to be an offender, we gonna crucify them? I mean how do we do this? Just something to think about.”

Badu later called for “peace” and “healing for those who were hurt, because everybody involved has been hurt and victimized in some kind of way.” SPIN has reached out to Badu’s team for more information about the incident.

This isn’t the first time Badu has spoken out about R. Kelly. In 2015, Badu introduced the vocalist at the Soul Train Awards, where she claimed that he “has done more for black people than anyone,” despite preexisting allegations of abuse against the musician. She also reportedly declined to be interviewed for the recent Lifetime documentary Surviving R. Kelly, which has sparked a renewed interest in the scandal over the last few weeks. The documentary most recently led to numerous artists pulling their collaborations with Kelly from streaming platforms, and Sony dropping R. Kelly from the label. After the series aired, Kelly denied all allegations of sexual misconduct involving women and underaged girls.

UPDATE 1/21: Badu elaborated on her comments in a tweet published Sunday night.

I love you. Unconditionally.
That doesn’t mean I support your poor choices.
I want healing for you and anyone you have hurt as a result of you being hurt. Is that strange to you ?
That’s all I’ve ever said. Anything else has been fabricated or taken out of context. – eb