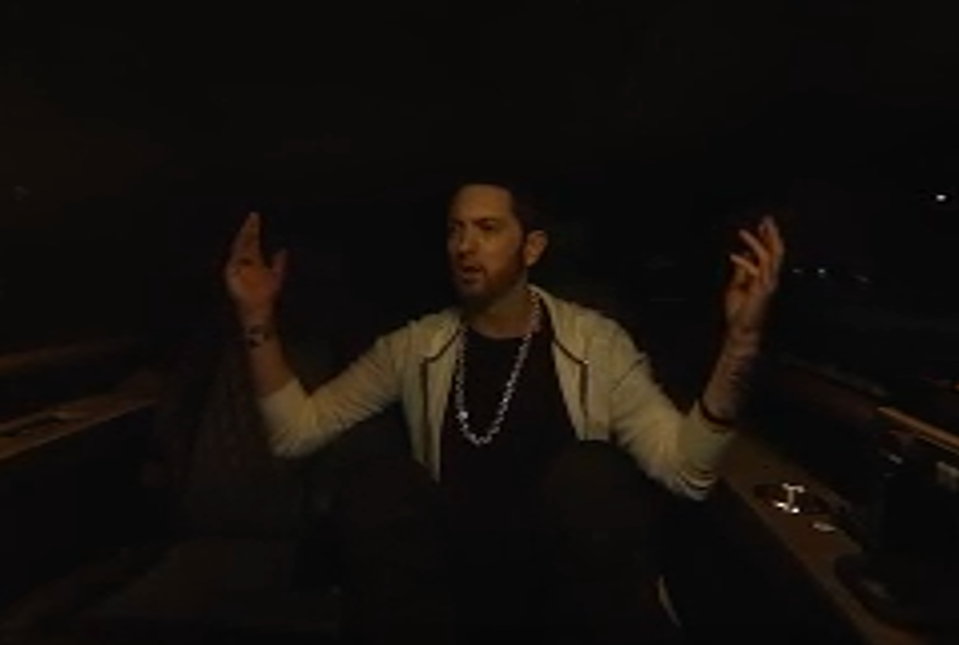 Production company Felix & Paul Studios has released a new teaser trailer for its upcoming Eminem VR documentary, Marshall From Detroit, which will premiere at the Sundance Film Festival this weekend. Directed by Caleb Slain, the 21-minute short film is a 360-degree movie filmed at nighttime in Detroit, as the rapper gives the filmmakers a tour through his home city. Felix & Paul specializes in VR filmmaking, and the film is debuting through Sundance’s New Frontier program, which focuses on films that use new technology and other distinctly modern techniques in creative ways. Next month, the movie will be released n Facebook’s Oculus Go and Rift VR headsets.

Last month, Eminem released a violent video of “Good Guy” from his 2018 album Kamikaze, as well as the 11-minute, celeb-reference-filled “Kick Off” freestyle. Toggle around the 360-degree clip from Marshall From Detroit below.