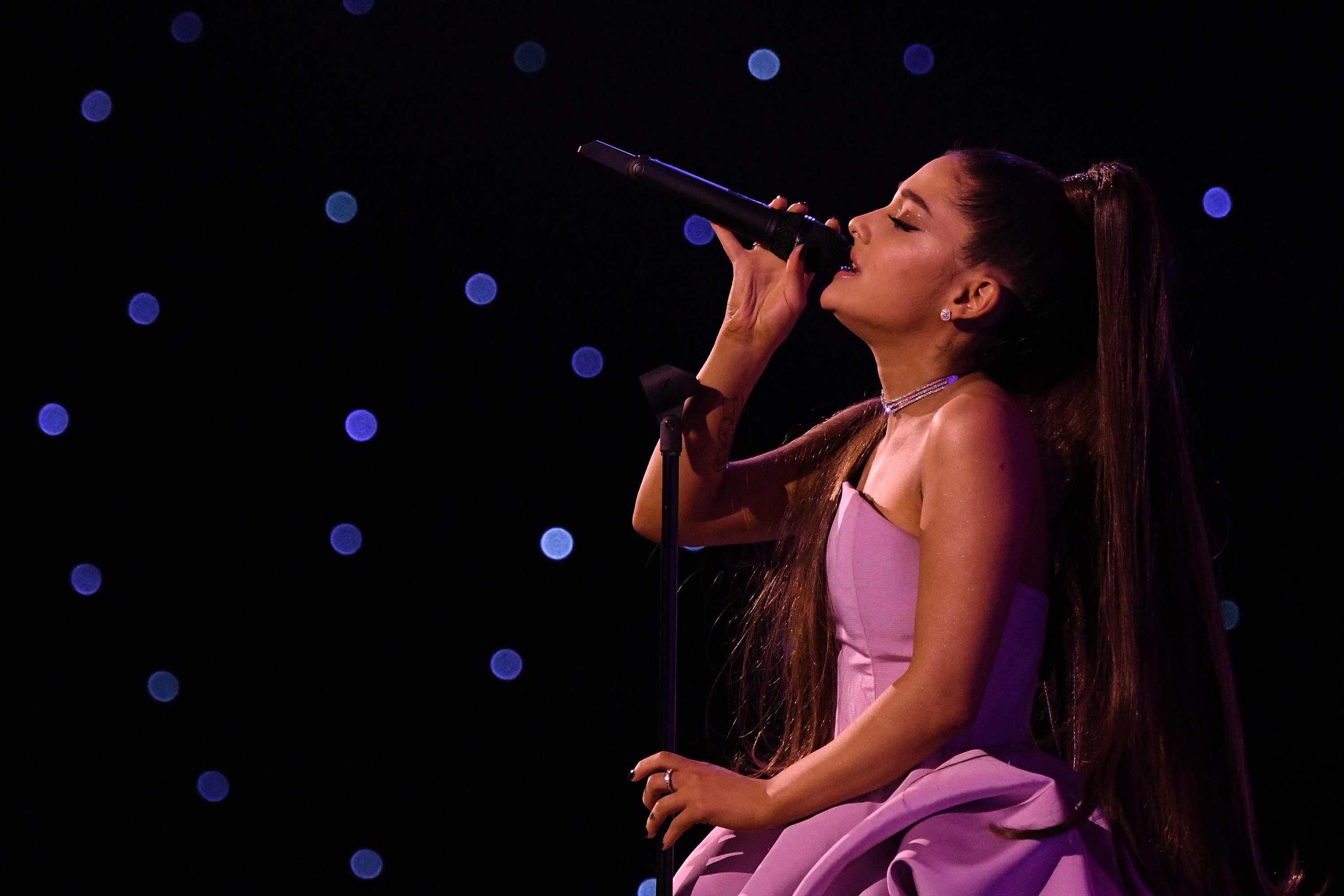 After joining Kygo for a surprise appearance during the festival’s second weekend last year, Ariana Grande will make her headlining debut on Sunday. Childish Gambino will headline on Friday, while Tame Impala tops the bill on Saturday.

Friday will also offer performances by the likes of Janelle Monáe, The 1975, and Kacey Musgraves. Saturday’s bill includes Solange, Weezer, and Billie Eilish, as well as a rare festival appearance by Aphex Twin. Khalid, Gesaffelstein, and Bad Bunny are among the acts slated for sets on Sunday.

Returning to its home at Empire Polo Club in Indio, California, the festival is set to take place over two weekends, April 12 to 14, and April 19 to 21.

Passes for both festival weekends will go on sale Friday, Jan. 4 at 2 p.m. ET on Coachella’s website. See the full lineup below.

Update: Coachella’s video partner YouTube will exclusively livestream both weekends of the festival for the first time, Variety reports. Additionally, paid YouTube subscribers will receive exclusive access to a set number of festival tickets when they go on sale this Friday, January 4th. 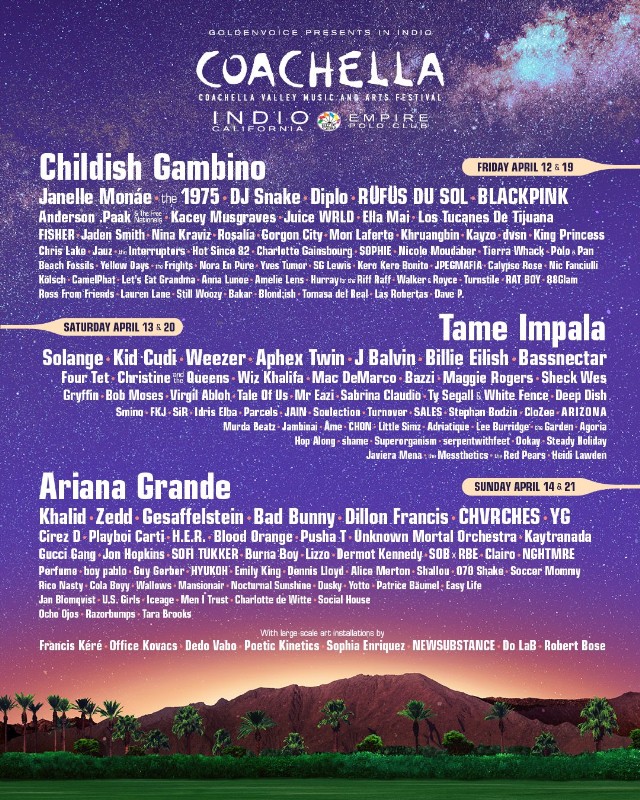