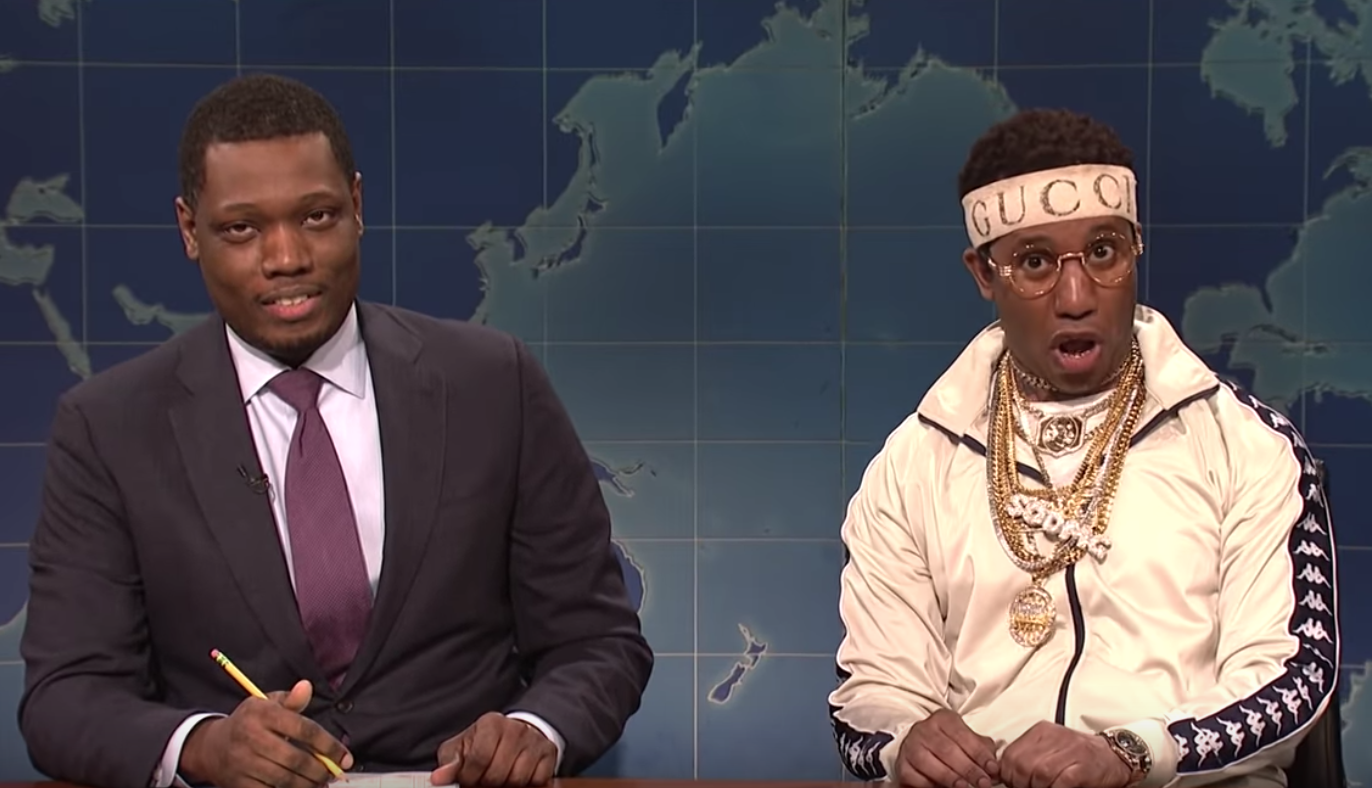 Meek Mill was the musical guest on last night’s episode of Saturday Night Live, but he wasn’t the only rapper to make an appearance on the show. In his latest Weekend Update segment, Michael Che sat down with Chris Redd in character as Soulja Boy, who gave his thoughts on Trump’s government shutdown, his ambitions to run for president in 2020, and his recent ventures into the video game world.

“Truuuump!? Truuuuump!? The dude that got bodied by the popular vote. The dude who got beat by Nancy [Pelosi],” Redd said in a tone clearly referencing Soulja Boy’s viral Breakfast Club interview from earlier this month. “Without bitch Soulja, there wouldn’t even be no Trump! I’m the first one to hustle to the top!”

Redd’s Soulja Boy also promised to run for president in 2020, with “Soulja Boy Crank That 2020″ as his campaign slogan. Much like his appearance on the Breakfast Club, the interview abruptly ended after Soulja Boy stormed off, here after learning that he wouldn’t actually be the first black president. Elsewhere in the sketch, Redd mentions Soulja Boy’s now-failed video game consoles, which apparently come with bootleg versions of Fortnight and Red Dead Redemption 2. Watch the sketch below.