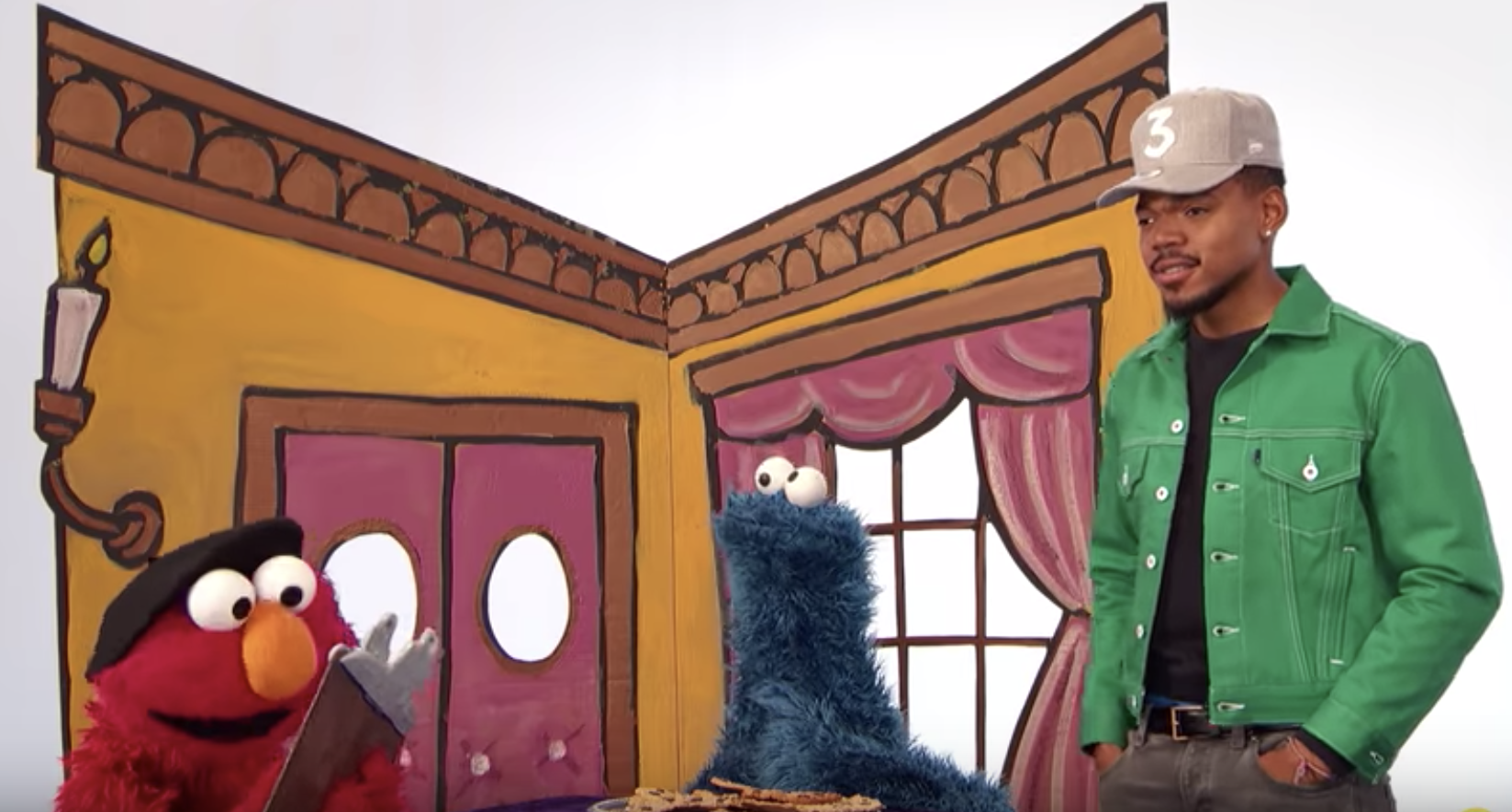 Chance the Rapper teased an appearance on Sesame Street last December, and now a clip of his appearance has finally made its way online, as Pitchfork points out. During a segment called “T is for Theater,” Chance and Cookie Monster rehearsed a play about “a monster who loves cookies” directed by Elmo. Though Chance was initially cast in the lead role, he can’t seem to remember his lines, with the role eventually turned over to Cookie Monster.

Chance recently appeared in the video for “Aw Sh*t,” his collaborative track with Joey Purp. The two have teamed up before, notably on Chance’s song “My Own Thing” and KAMI and Smoko Ono’s single “Reboot.” In November, Chance appeared in disguise as a news anchor for the Chicago publication Chicagoist, which he purchased back in July for an undisclosed sum. He’s also rumored to have an album on the way, possibly sometime in 2019. Watch his Sesame Street appearance below.