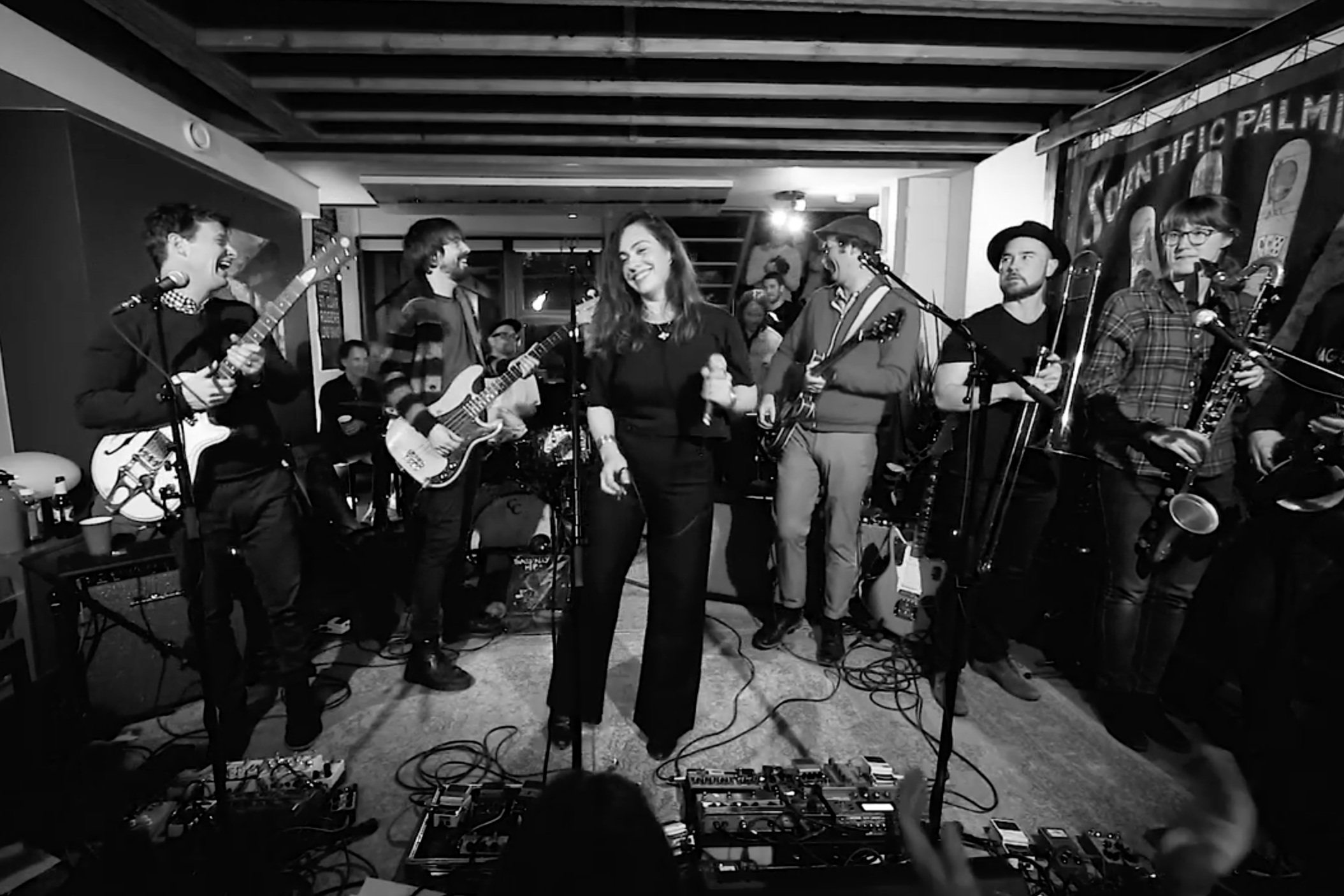 Broken Social Scene recently appeared on George Stroumboulopoulos’ The Strombo Show to perform two new songs and a host of old favorites. Joined by Feist and Jason Collett, the Canadian indie rockers played a 45 minute set in Stroumboulopoulos’ living room, A.K.A. the House of Strombo.

The set kicked off with You Forgot It In People’s “Cause = Time” before launching into the first of the two new tracks, “Can’t Find My Heart.” Ariel Engle then took over lead vocals for the second new track, “1972.” The band’s interpretation of the classic BSS anthem “Lover’s Spit” is another real highlight of the set, with Feist’s gorgeous vocals at the fore. After the opening riffs of “Ibi Dreams of Pavement (A Better Day),” the band broke out a karaoke-style cover of Bonnie Tyler’s “Total Eclipse Of The Heart.”

Broken Social Scene’s last full-length studio album was 2017’s Hug of Thunder, which saw them reuniting for the first time in seven years. They spent some time on tour in 2018, with dates across the U.S., but haven’t been terribly active since then. Here’s hoping there’s more new music on the way. Read our 2017 cover story on the band here, and watch the full House of Strombo set below.