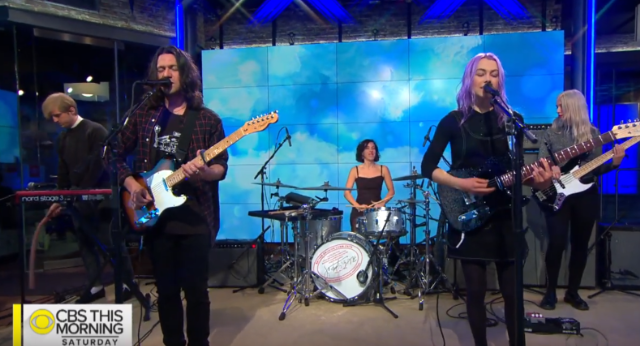 Conor Oberst and Phoebe Bridgers dropped a new surprise album Wednesday night as Better Oblivion Community Center. The duo was joined by a backing band to perform the song “Dylan Thomas” on Colbert that night, and now they’ve done another TV performance on CBS This Morning, as Stereogum points out. Backed by the same full-band lineup they debuted on Colbert, the duo performed “Dylan Thomas,” “Didn’t Know What I Was In For,” and “My City,” all taken from their self-titled debut album this week.

In addition to the performance, Oberst and Bridgers also sat down for an interview, where they discussed how they met, as well as the process of writing and recording the album in the summer of 2018. Last year, Bridgers released another collaboration in the form of a standout debut EP with Julien Baker and Lucy Dacus as Boygenius. Their song “Bite the Hand” was one of our favorite songs of 2018. In November, Oberst released two solo singles, and contributed original songs to the film Juliet, Naked starring Ethan Hawke. Watch both their CBS This Morning performance and interview below.