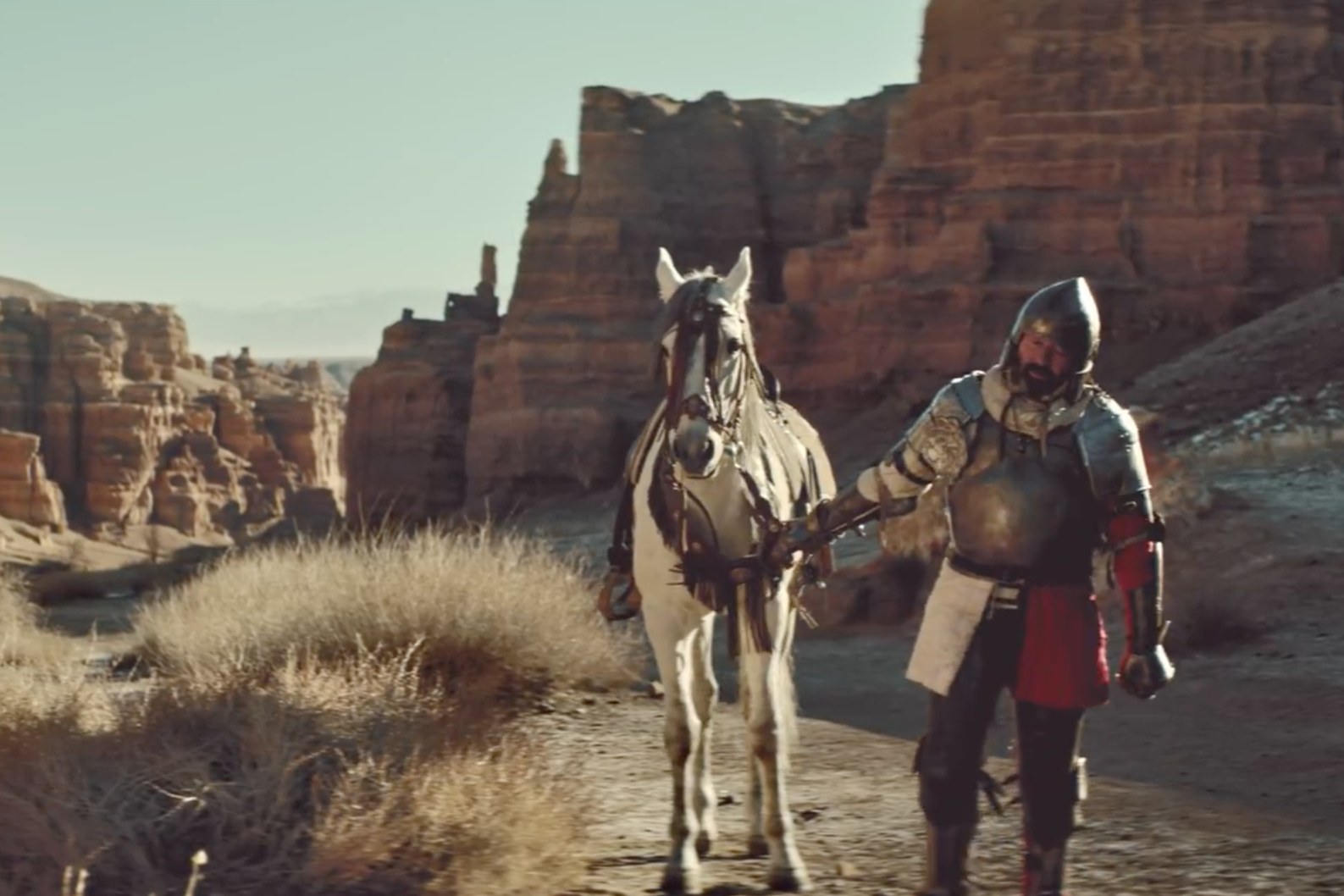 Beirut are preparing to release their fifth album, Gallipolli, on February 1. Today, the band has released a new single from the upcoming record, along with an accompanying video. “Landslide” harks back to the band’s Gulag Orkestar days, with swells of urgent percussion and Zach Condon’s soaring vocals at the fore.

The music video for the new track was directed by Eoin Glaister and stars Ian Beattie as a hapless knight engaging in all sorts of physical comedy. Magic keys are involved, as are stubborn horses and imprisoned damsels. Game of Thrones fans will recognize Beattie as having played Ser Meryn Trant in the first five seasons of the show. “Landslide” is the third single from Gallipolli, following “Corfu” and the album’s title track.

In a letter accompanying the initial album announcement, Zach Condon revealed that the new music is inspired by an experience he had in Italy: “We stumbled into a medieval-fortressed island town of Gallipoli one night and followed a brass band procession fronted by priests carrying a statue of the town’s saint through the winding narrow streets behind what seemed like the entire town, before returning late to Sudestudio.” There’s a medieval vibe in almost all of Condon’s music with Beirut, but it’s especially clear in singles like “Landslide.”

Beirut will be touring in support of the new album beginning next month; see dates via the band’s website. Watch the “Landslide” music video below.