6ix9ine Told His Friend “69” Means Sex But Also Something “Mysterious” 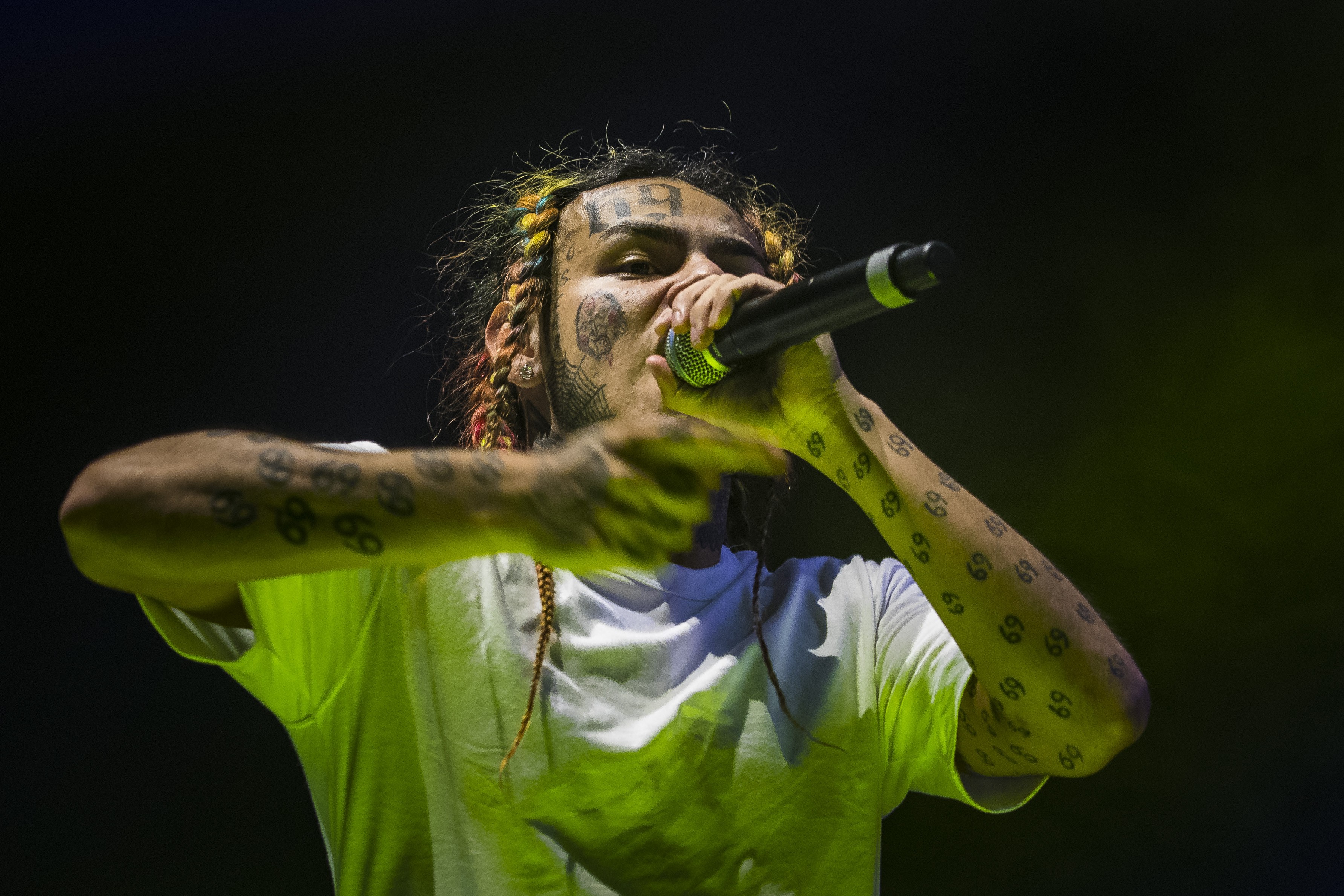 Rolling Stone has published a thorough profile of New York rapper 6ix9ine’s controversial rise to fame that includes new insight into the artist born Daniel Hernandez, courtesy of a longtime friend named Andrew “TrifeDrew” Green. We’d like to spotlight one specific detail Green shares about Hernandez: his sacred and bewildering reverence for the number he has tattooed on his body over 200 times.

Danny explained his vision to Andrew. His rap handle was Tekashi69. The “Tekashi” part was inspired by Japanese anime, of which Danny was a big fan. Six-nine was more mysterious — it was the sex number, obviously, but in its interlocking yin-yang digits, Danny had found something deeper that he never fully explained.

Cut to Hernandez, in a meditative moment, frantically thumbing through stacks of notebooks filled with drawings of the number 69 like Seth’s dicks in Superbad, unable to find an empty page, resorting to carving the digits into the nearest flat surface, whispering to himself, “69, 69, 69.”

Tekashi has previously claimed the number’s “true meaning” is that “just because you’re right doesn’t mean I’m wrong YOU JUST HAVEN’T SEEN LIFE FROM MY PERSPECTIVE.” We’ve argued this point in the past, but it’s clear Hernandez has spent far more time pondering the topic, so let’s just agree to disagree.

6ix9ine currently faces six federal racketeering and firearms charges and is awaiting trial in a private facility in Queens, where his cell walls are very likely covered with the number 69. Read the full profile here.