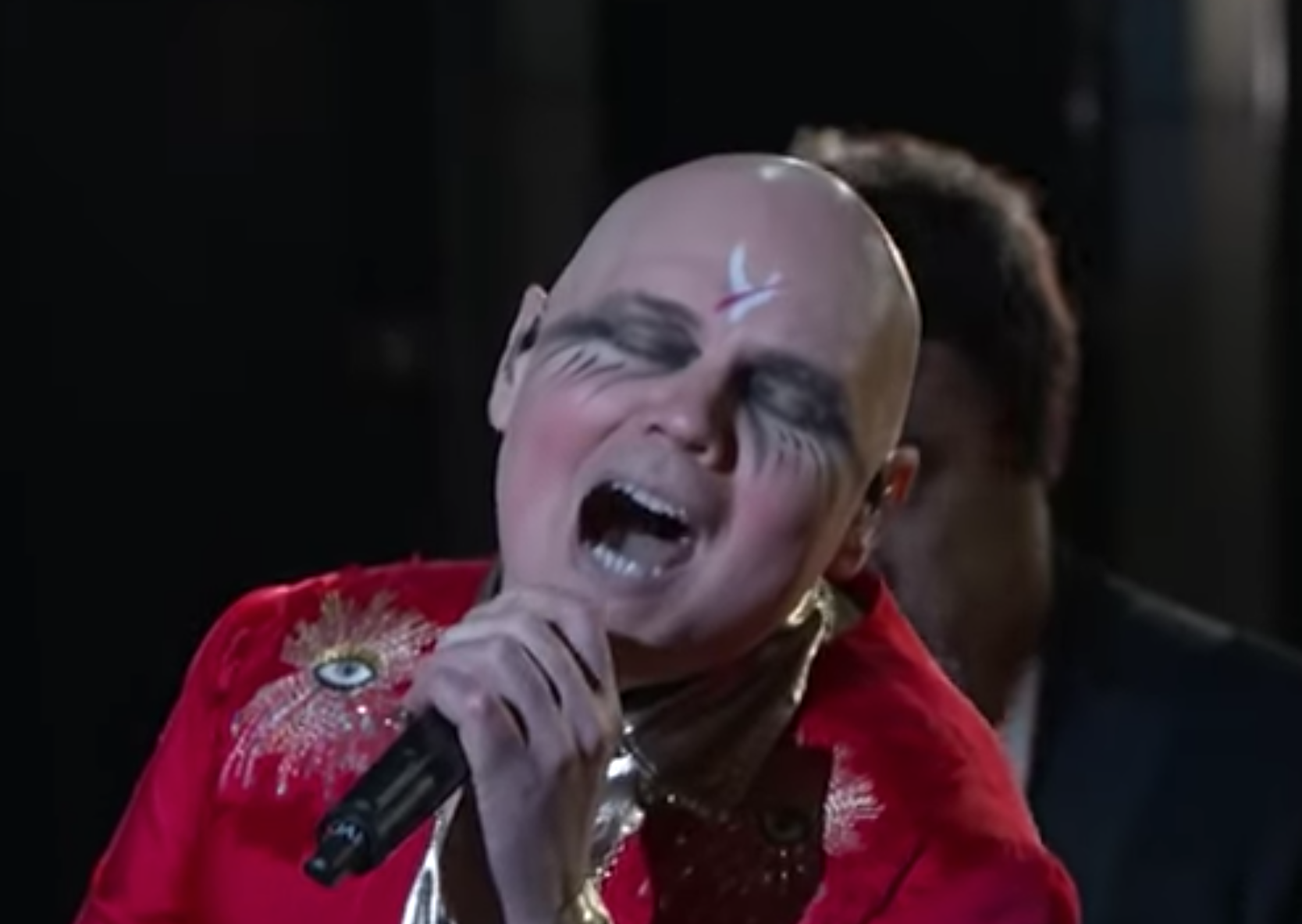 Smashing Pumpkins played the outdoor stage on Jimmy Kimmel Live last night, performing the singles “Knights of Malta” and “Silvery Sometimes (Ghosts)” from their November Shiny and Oh So Bright Vol. 1 album. Corgan, guitarless, strode around the front of the stage in an elaborate stage outfit, one among many favored during the reunited band’s shows of the past year. This one pairs a decorative red jacket (with a long flowing tail on its back) and a metallic dress; Corgan’s face was decorated with ornate, Bowie-esque face makeup.

The band continues to tour, celebrating the 30th anniversary of their formation as well as supporting Shiny and Oh So Bright. After hosting an oddball collection of guests throughout the tour (see also: Mark McGrath covering “Fly”), Billy and the gang recently brought out Rise Against’s Tim McIlrath to cover The Cars’ 1979 single “Dangerous Type” at a show in their hometown of Chicago. In a USA Today feature last night, Corgan threatened that he might be beginning preparations for a Pumpkins Christmas album; so far, no hard evidence of one has surfaced. Watch the band’s Kimmel appearance below.