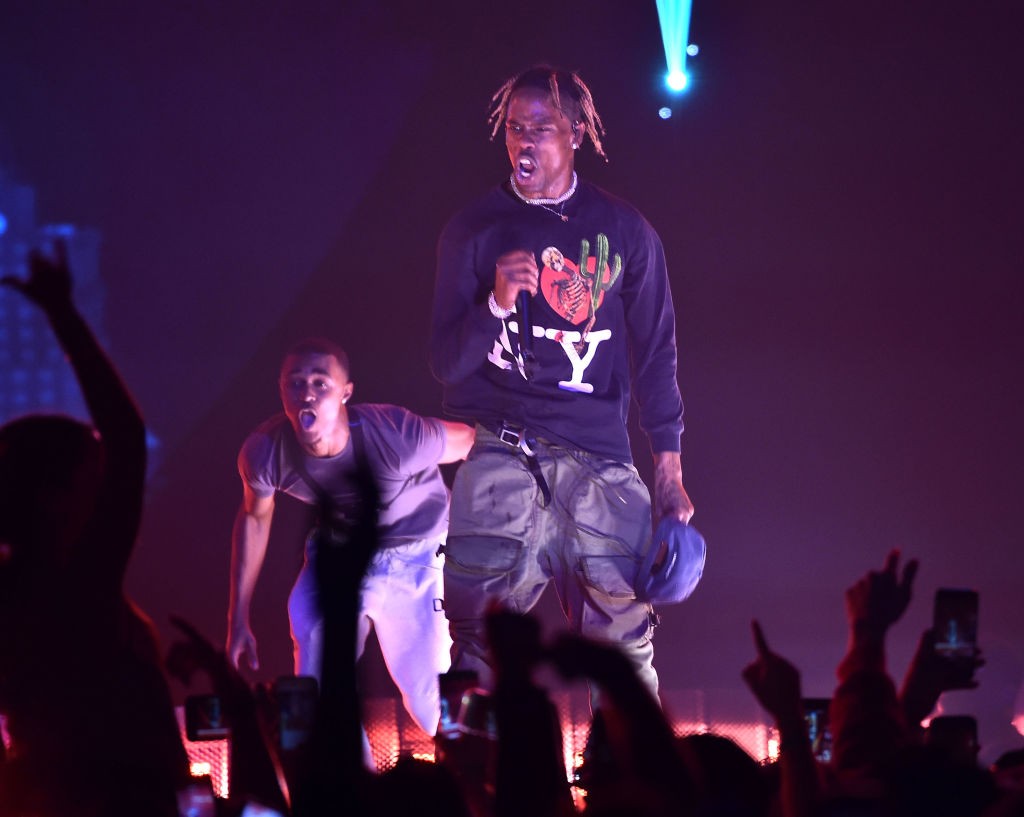 Travis Scott has signed on to perform at the Super Bowl Halftime Show next year, TMZ reports. Super Bowl LIII is scheduled for February 3, 2019 in Atlanta, and Maroon 5 has previously been the only confirmed halftime performer. Though Scott is not formally an Atlanta rapper, he does deal in ATL-styled rap music, which makes the choice seem at least somewhat appropriate for the occasion. Industry sources who spoke to

TMZ also reported that Big Boi and Cardi B were also in talks to perform at the show, despite the fact that Cardi swore this past February that she wouldn’t do the show unless the NFL hired Colin Kaepernick again. In October, Us Weekly reported that Rihanna had also cited Kaepernick when turning down an offer for this year’s show. Travis Scott’s Astroworld regained the #1 spot on the Billboard album charts this month, having debuted in the top spot in August. Scott also announced an extension of his tour supporting the album this week.