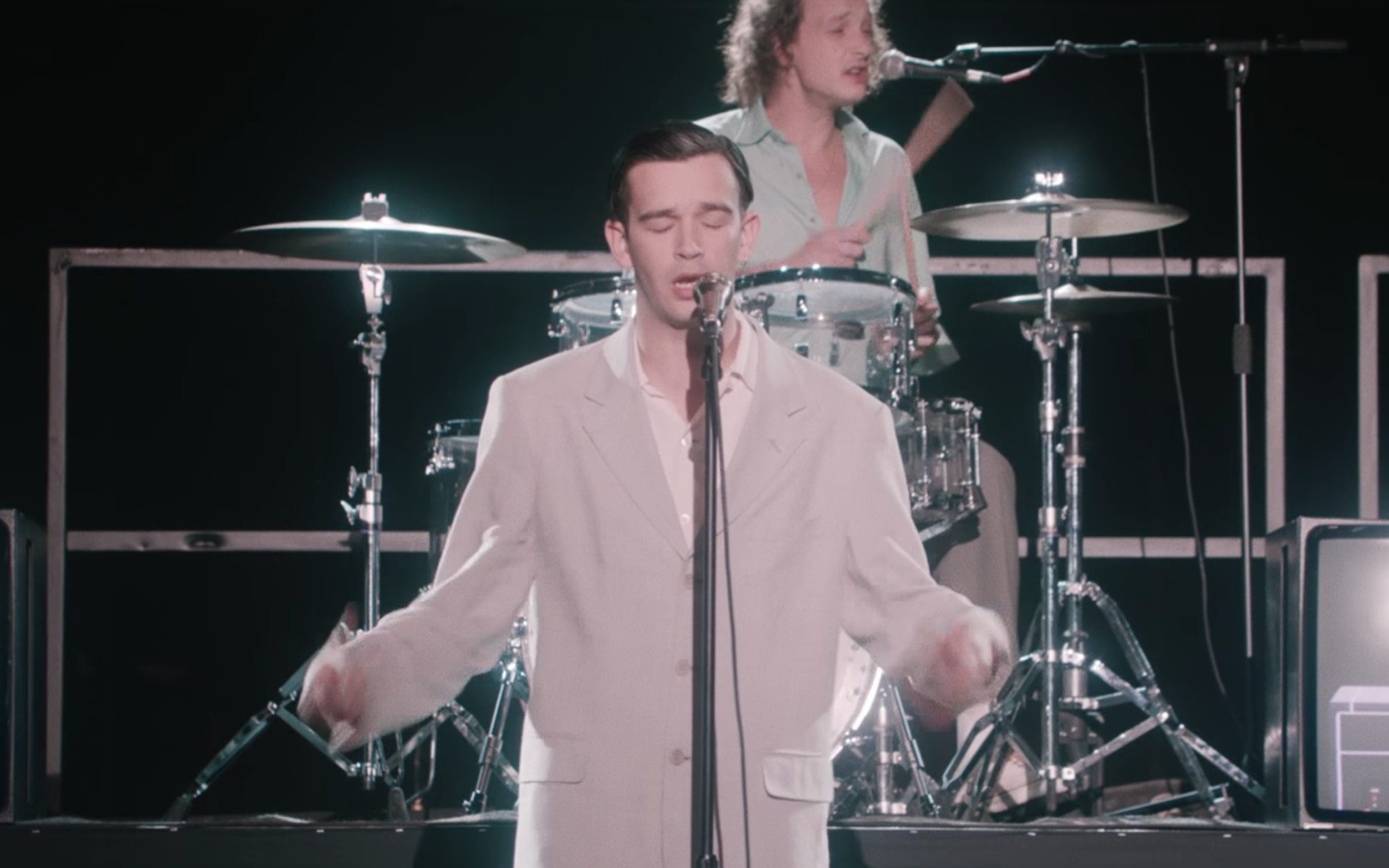 The 1975 have premiered an extended video for their A Brief Inquiry Into Online Relationships single “It’s Not Living (If It’s Not With You).” Directed by Warren Fu, the video is a hallucinatory tribute to the Talking Heads’ concert film Stop Making Sense. Matty Healy takes the David Byrne role, wearing an oversized suit and fronting an extended lineup of the band. He seems to be waking up from a dream within a dream within a dream within a dream ad infinitum, stepping into different realities, including into the set of the band’s previous video for “Sincerity is Scary.” His pants blow up at one point, and there’s a moment of him in a Chaplinesque outfit. Suffice to say, there are notes of Black Mirror here. Perhaps Charlie Brooker should get in touch.

The 1975 released A Brief Inquiry Into Online Relationships this past Friday, their third album and the followup to 2016’s I Like It When You Sleep, for You Are so Beautiful yet so Unaware of It. In addition to “Sincerity is Scary,” the band has previously released videos for “Love It If We Made It” and “TOOTIMETOOTIMETOOTIME.” Last week, they also performed a cover of Ariana Grande’s “thank u, next” at BBC Radio 1’s Live Lounge. Watch the “It’s Not Living (If It’s Not With You)” below.