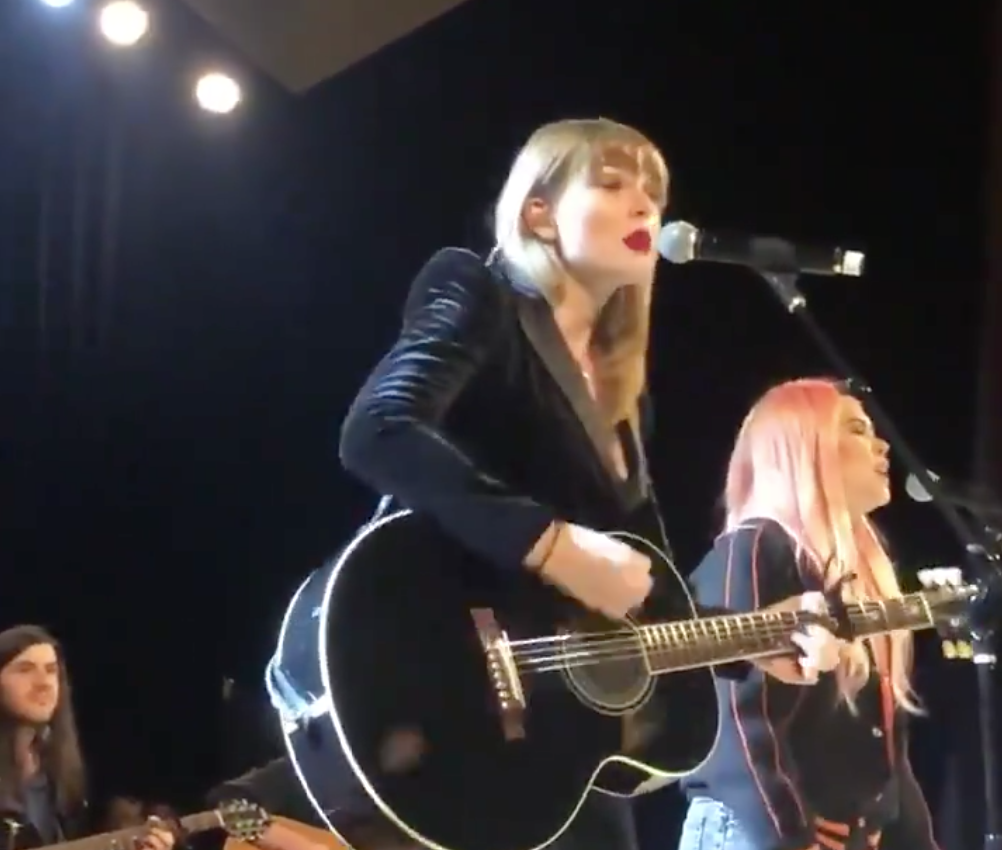 In March, Kiyoko criticized Swift for only singing “about men in every single song and video” in a Refinery29 profile. Swift responded in a Tumblr post, writing that “we should applaud artists who are brave enough to tell their honest romantic narrative through their art…The fact is that I’ve never encountered homophobia and she has. It’s her right to call out anyone who has double standards about gay vs straight love interests.” Watch the two perform “Delicate” below.

Taylor Swift and Hailey performing at the Ally Coalition pic.twitter.com/vk5D2wgkCI