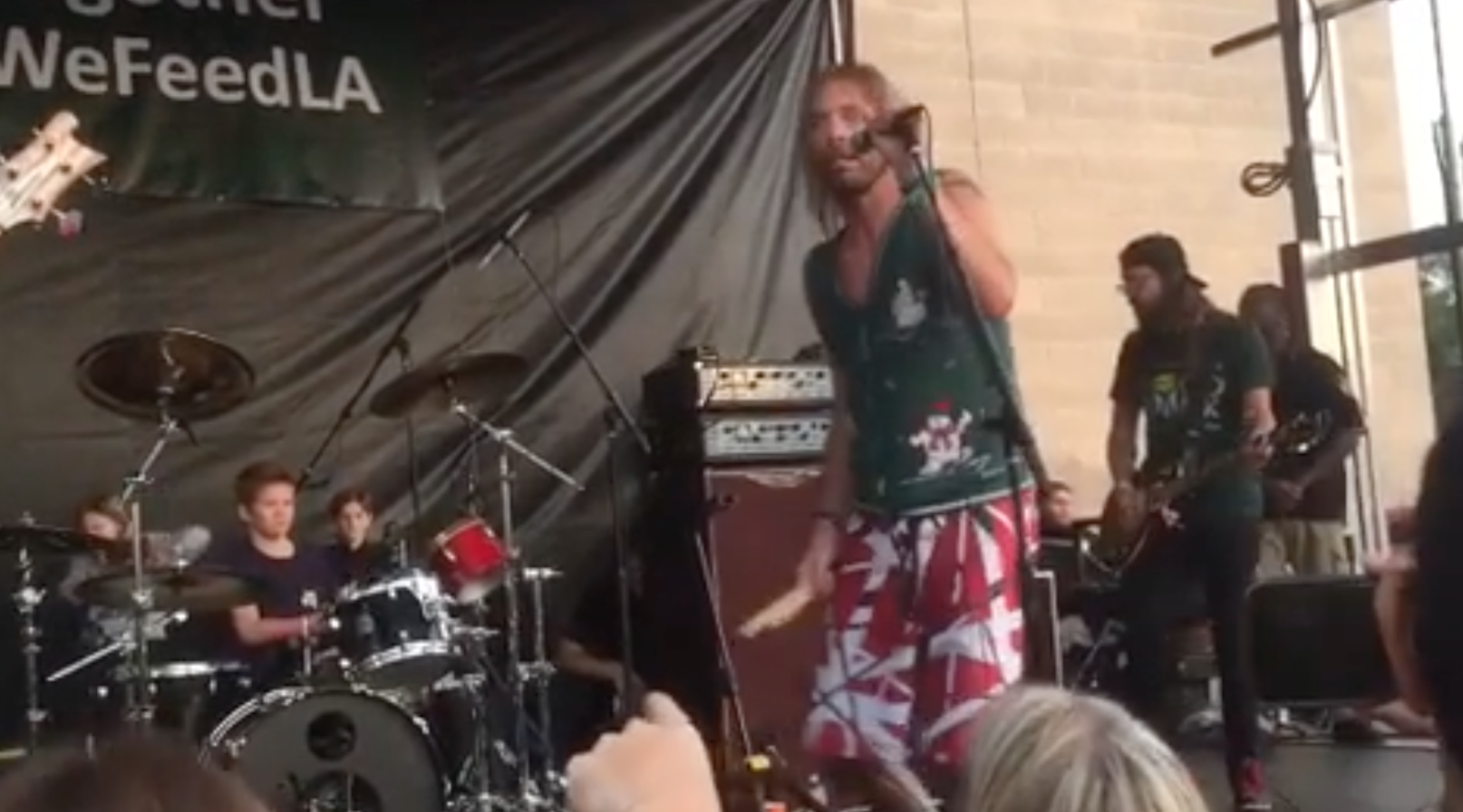 Oliver Shane Hawkins, 11-year-old son of Foo Fighters drummer Taylor Hawkins, joined his dad on stage at a gig for his Foo Fighters side-project Chevy Metal in Los Angeles. Together, the father and son took the stage at the Los Angeles Regional Food Bank to perform a set full of covers. It wouldn’t be a Chevy Metal set without Dave Grohl, and eventually the Foos frontman joined in to perform a cover of the Rolling Stones’ “Miss You” with Grohl on guitar, Taylor Hawkins on vocals, and his son on the drums. Oliver looks to be following directly in his father’s footsteps, with a steady snare/hi-hat/kick pattern to rival the last few Foo Fighters releases.

Earlier this month, Dave Grohl debuted the instrumental soundtrack to his PLAY documentary live in Asheville, North Carolina at Warren Haynes’ annual Christmas Jam celebration. He also held a barbecue for firefighters battling the California wildfires in November. Before that, he briefly reunited with Nirvana bassist Krist Novoselic for a six-song performance at the Foo Fighters Cal Jam festival in October, later describing the experience as “spiritual, physical, emotional,” and like “being shot into outer space.” Watch his performance with the Hawkins’ below.