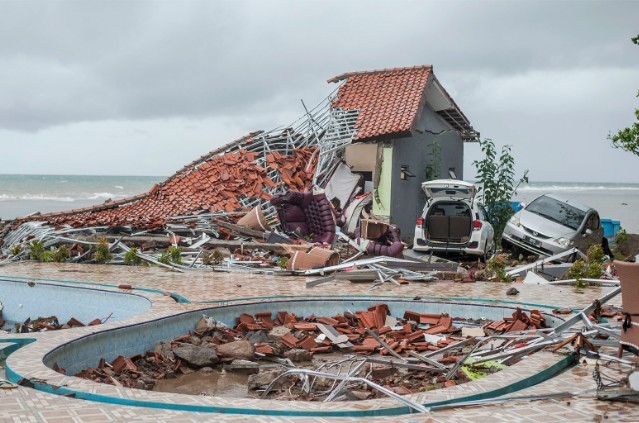 Two members of Indonesian band Seventeen and two of its crew members are among the over 200 people killed after a tsunami hit their concert on the country’s island of Java. Bassist Bani, guitarist Herman, road manager Oki Wijaya and another crew member have been confirmed dead after the massive wave struck the stage as the band was performing, and according to lead singer Riefian Fajarsyah –known as Ifan– drummer Andi and his wife Dylan remain missing.

Fajarsyah posted an emotional video to Instagram on Saturday (Dec. 22) recalling how he was swept out to sea, certain he too would die, before ultimately finding a floating box and using it to help swim to a nearby tree. He asked fans to pray for the dead and the missing.

“The rest [of the band] are thankfully safe although suffering from injuries and broken bones. Please pray so my wife Dylan, Andi and Ujang can be found soon,” he said.

The tsunami, which was over 10 feet high, is said to have been caused by an eruption of the Anak Krakatau volcano. As of Sunday morning (Dec. 23), the death toll stands at 222 people.

Video of the terrifying moment when the wave hit the stage was captured and later posted by SkyNews. Watch that video, as well as Fajarsyah’s Instagram post, below.

This is the moment a tsunami hit Indonesian band Seventeen mid-performance. Several band members are either dead or missing.