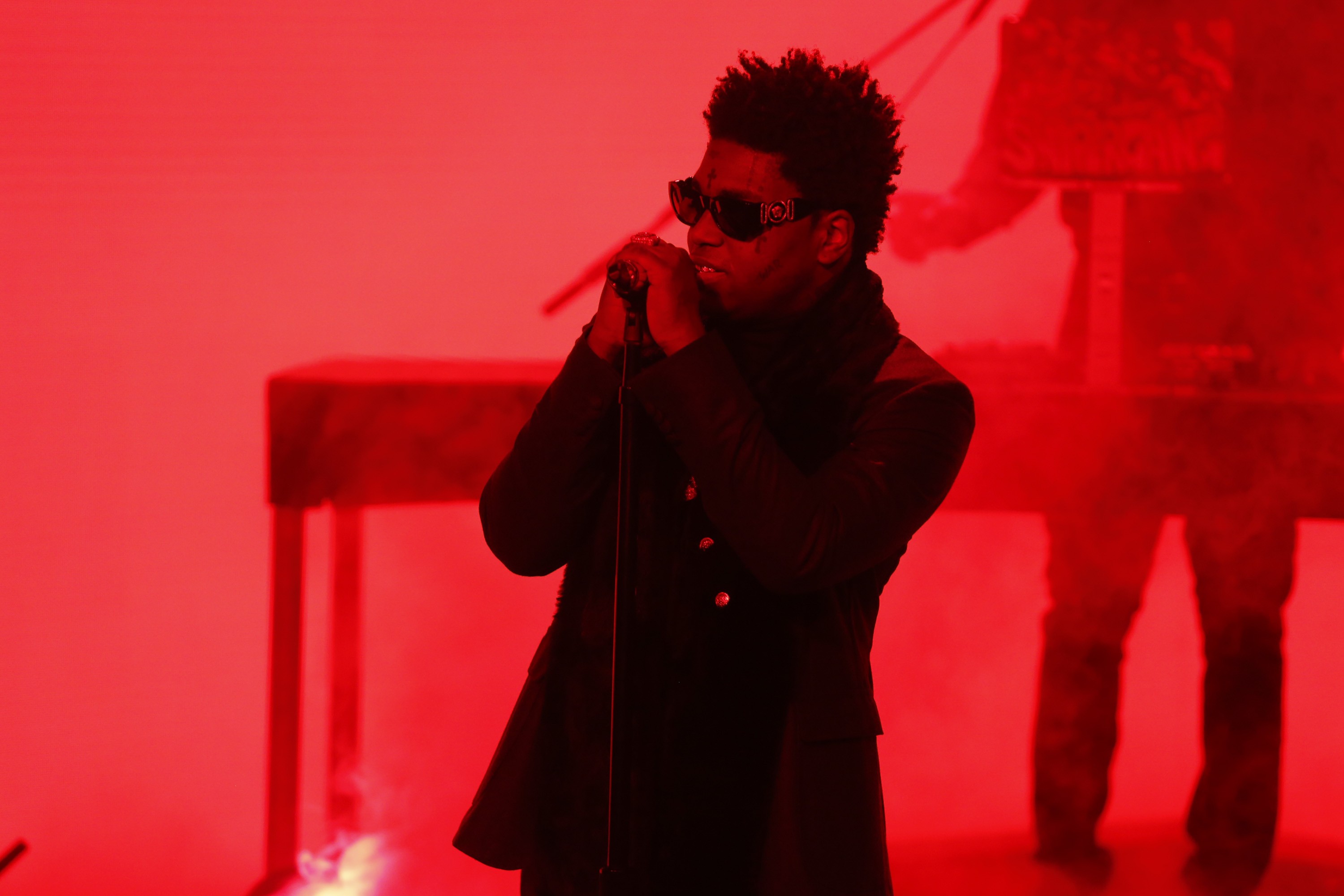 Kodak Black’s new album DYING TO LIVE dropped earlier this month, earning him his first No. 1 release on the Billboard 200 albums chart, and now the Florida rapper has released a new song called “Christmas in Miami.” Just in time for the holidays, the track arrives with a music video that follows Kodak on a festive adventure with Yung Miami, who he brings to a holiday fair, wins a giant stuffed raccoon, and eventually proposes with a candy ring.

“I’m from Broward, but my lady from Miami,” he raps about their Florida upbringing. “Am I movin’ too fast? ‘Cause I’ll slow it down / You the only reason I felt like puttin’ down my four pound.”

“Christmas in Miami” is latest in a series of videos from the rapper following “From the Cradle” and “Close to the Grave” from earlier this weekend. Kodak recently stormed out of an interview with Hot 97 after hosts Ebro Darden, Peter Rosenberg, and Laura Styles asked him about his ongoing sexual assault case. The rapper was released from prison this summer after serving time for violating his probation by driving with a suspended licenses, among other violations. Last month, he released the video for his DYING TO LIVE single “ZEZE” featuring Travis Scott and Offset. Watch the video for “Christmas in Miami” below.