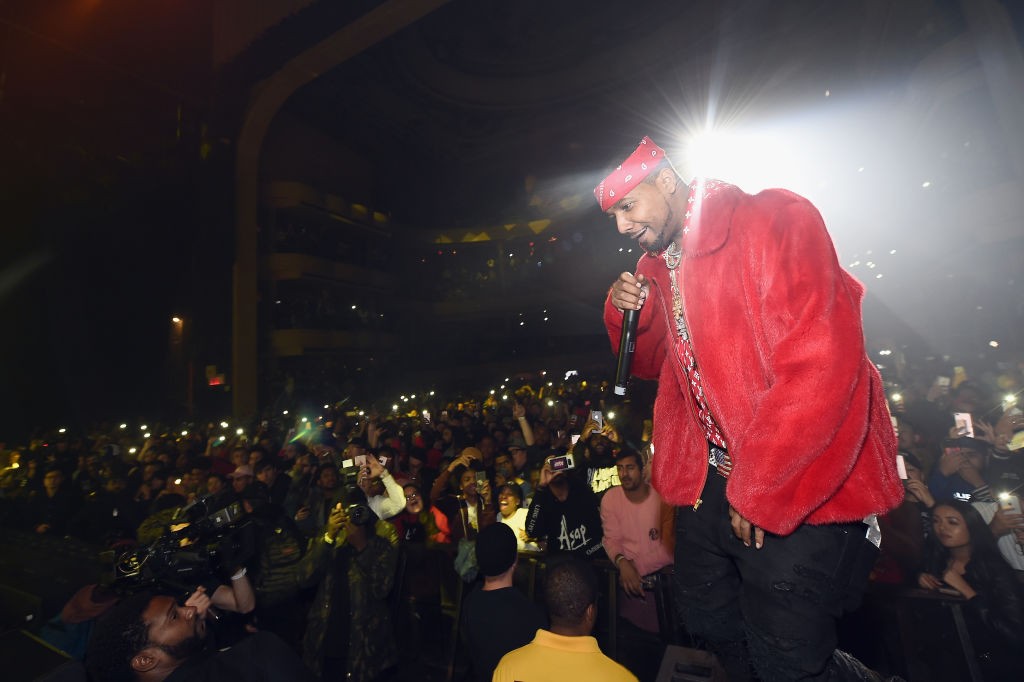 Juelz Santana has been sentenced to 27 months in federal prison for charges of drug and gun possession, TMZ and South Passaic Daily Voice report. In March, the Dipset rapper was caught with a loaded handgun and eight oxycodone pills in his travel bag at Newark International Airport. After first fleeing the airport and his luggage, Santana turned himself into police three days later, and was subsequently charged with possession of a firearm by a convicted felon, carrying a weapon on an aircraft, and possession of a controlled substance. After being released on bail, Santana was relegated to house arrest following his trial. In addition to his two-plus years of prison time, Santana will be under supervised release for a year after his sentence is up.

Santana has a history of legal problems, including a studio bust in 2011 which also resulted in guns, ammunition, and marijuana possession charges. He pleaded guilty to fourth-degree marijuana distribution for those charges. He was also given two years of probation for assault charges against his then-girlfriend in 2013. Santana appears of Dipset’s recent reunion album, Diplomatic Ties, which was released in November.