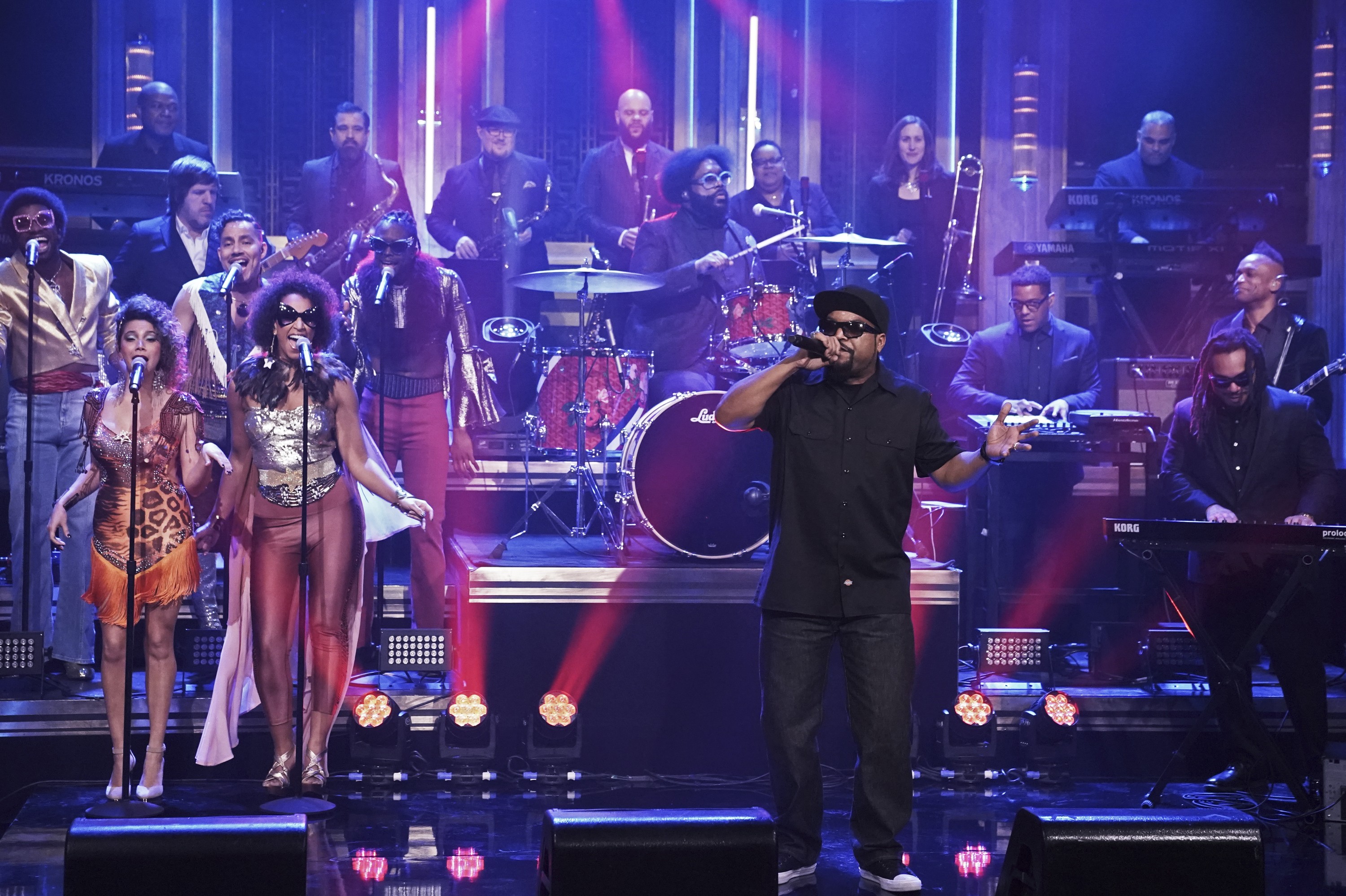 Ice Cube joined the Roots in a performance of “That New Funkadelic,” the song from his upcoming LP Everythang’s Corrupt on last night’s episode of The Tonight Show. Earlier in the episode, Ice Cube sat down with the show’s host Jimmy Fallon to talk about the song, which he called an “homage to one of my favorite artists in the world, George Clinton and the Parliament Funkadelic.” Ice Cube songs like “Bop Gun (One Nation),” “Dirty Mack,” and “Steady Mobbin'” have either sampled Clinton’s music or outright featured him on the song. With his Tonight Show performance, the former NWA rapper formed his own Funkadelic-esque band, with the Roots and a series of backup singers dressed in colorful costumes.

Everythang’s Corrupt marks the first full-length release from Ice Cube since I Am the West, which dropped in 2010. Last month, he released the album’s politically-charged single “Arrest The President,” which in addition to a few pointed lines about Trump, found him rapping about vapes. In honor of the 30th anniversary of Straight Outta Compton earlier this year, SPIN republished our April 1990 interview with NWA, which can be read in full here. In 2015, Ice Cube served as producer on the cinematic companion to the album also titled Straight Outta Compton. One year later, NWA became the fifth hip-hop act to be inducted into the Rock and Roll Hall of Fame with a ceremony led by fellow Compton native Kendrick Lamar. Watch Ice Cube’s Fallon performance below.