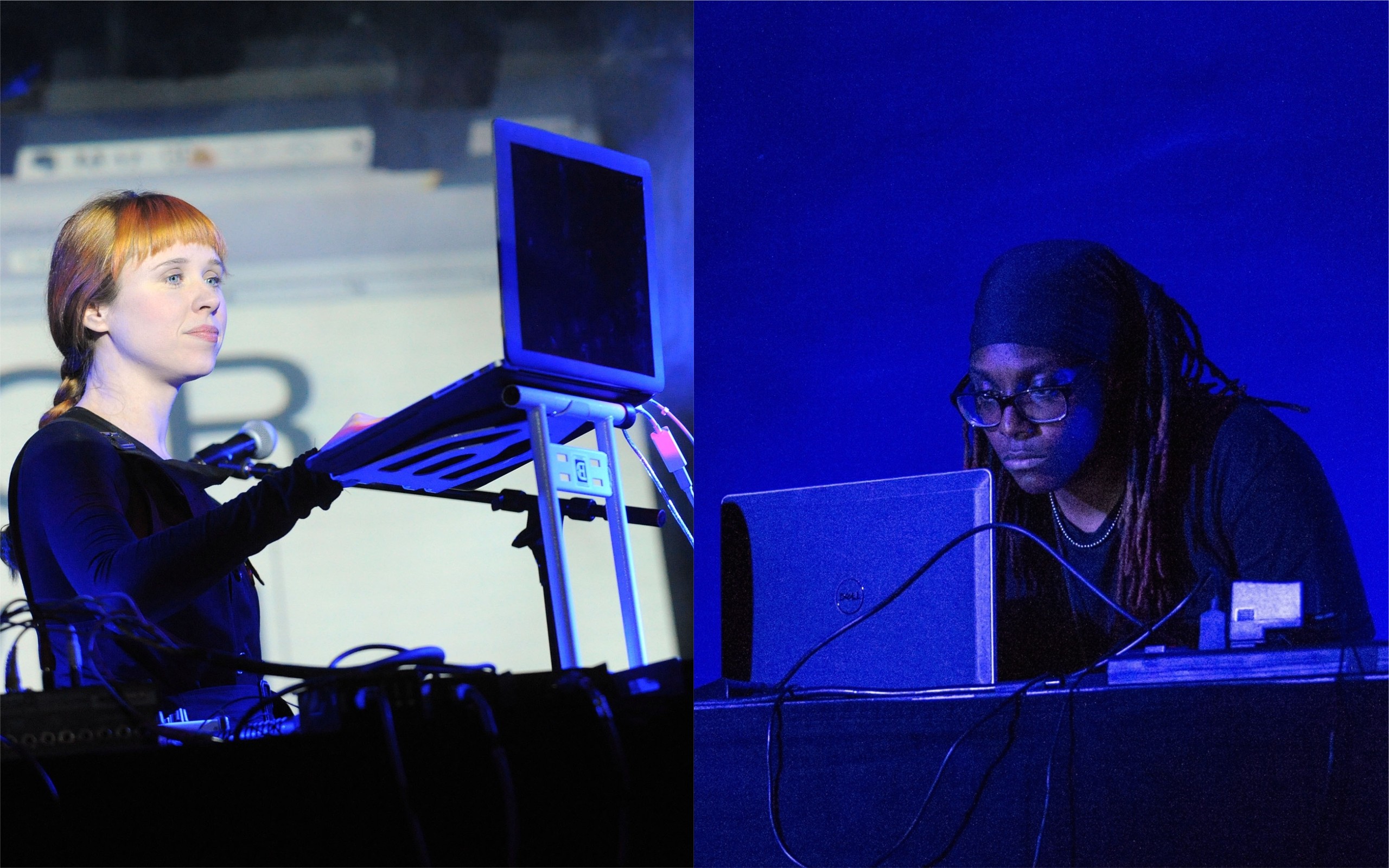 Holly Herndon knows that every aspect of today’s technological dystopia really is deeply human at its core. On her 2015 album Platform, the Berlin-based composer fed haunting chorale vocals into custom software tools (like her “net-concrete” Max/MSP patches) to create a dynamic portrait of the human body in flux; with Skype samples, Greek yogurt ads, and eerie ASMR therapy for our Silicon Valley elites, the album proved prophetic in its focus on the infrastructural limits of contemporary humanism, recognizing the dynamic intimacies of YouTube as just another form of care work, and the unsettling elegance of the influencer economy as really just a new face for some of capitalism’s oldest dynamics.

It maybe makes sense then that Herndon would be drawn to current developments in artificial intelligence, and on her new single “Godmother,” the composer has reunited with midwestern footwork futurist Jlin to create a song based completely on machine learning tools. Describing the software as another collaborator in its own right, Herndon says that the song was the result of an AI named Spawn “listening to the artworks of her godmother Jlin” and attempting to translate what it heard into a new approximation of Herndon’s own voice. “This piece of music was generated from silence with no samples, edits, or overdubs, and trained with the guidance of Spawn’s godfather Jules LaPlace,” Herndon’s statement continues.

Despite its conceptual origins, the track itself sounds a lot like human beatboxing, with Spawn immediately imitating the rapid-fire triplets of Black Origami tracks like “Kyanite” and “Nyakinyua Rise.” Stuttering clicks and whizzing white-noise filters collide with pitched vocal approximations as the song cycles through some strange mathematical approximation of a Jlin track.

Like the style transfer pastiche of Google’s AI experiments with both music and visual art, the track feels eerie in its ability to replicate foundational assumptions about human expression, trading an entire history of human-scale songwriting for the rigid, algorithmic logic of today’s software tools. With developments in “machine listening” and music information retrieval increasingly central to everything from streaming platforms and recommendation algorithms to today’s ubiquitous smart speaker voice assistants, maybe Herndon is right to create music designed as much for human listening as it is for the digital churn of our strange, technological world. Heady and thought-provoking without losing us mammals completely, “Godmother” is an ode to our humanity, as frustrated by current developments in tech as it is inspired to establish new forms of dizzying, posthuman identity.