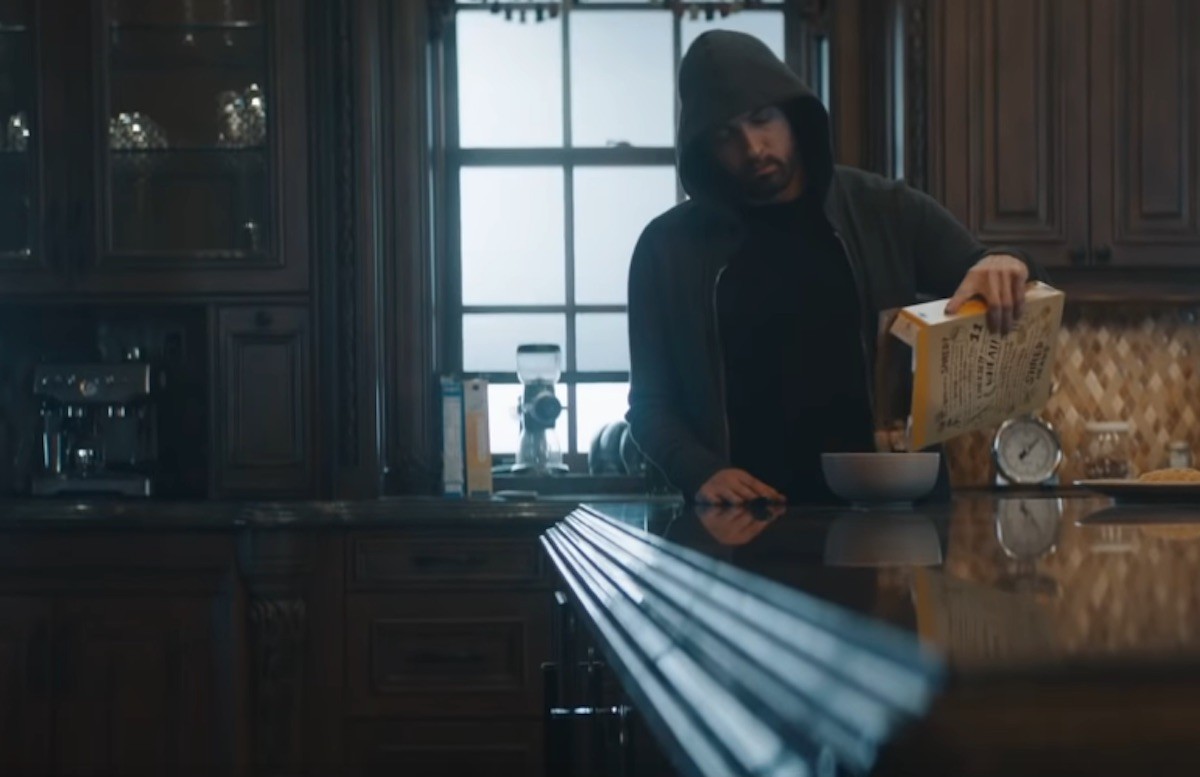 Eminem has released a violent new visual for his song “Good Guy,” though this time around he’s on the receiving end of much of the abuse. The latest song from his recent album Kamikaze to get the video treatment sees the rapper and guest featured singer/probable Rihanna replacement Jessie Reyez physically battling each other after she rises from a grave. Ultimately, the singer bests Eminem by throwing the both of them out of a window where she emerges as the sole survivor before crying over his body in its grave. Alright then.

“Good Guy” is the newest single off of Eminem’s Kamikaze album which was released back in September, following videos for “Lucky You” and the Justin Vernon-featuring “Fall.” Eminem also unveiled a song for the major Tom Hardy Marvel film Venom, which was aptly titled “Venom,” in October. He also made a diss track called “Killshot,” which was aimed at Machine Gun Kelly and his manbun a few months back. Most recently, he premiered an 11-minute freestyle track called “Kick Off,” which referenced a number of things from Justin Bieber and Snoop Dogg to Laci Peterson to the 2017 Ariana Grande Manchester concert bombing and his own previous BET cypher from 2011 that took aim at Donald Trump. Watch the video for “Good Guy” below.