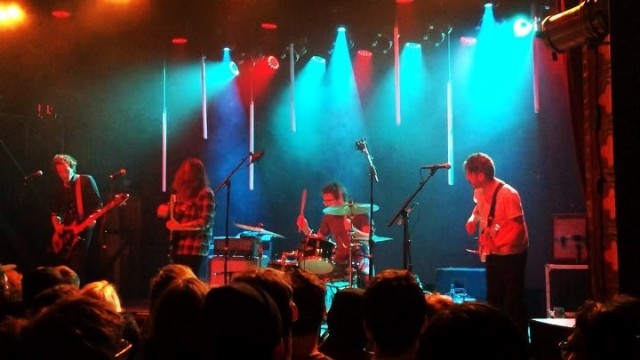 Duster, your favorite indie band’s favorite indie band, are back in action. Formed in 1996, Duster released only two albums and one EP before dissolving in 2000. But they hit the studio in April, and last night, they played their first show together in 18 years.

The influential indie band opened for (Sandy) Alex G at Warsaw in Brooklyn last night, with Girlpool’s Harmony Tividad starting off the bill. Stereogum’s fearless leader Scott Lapatine was in attendance. Check out some video from the show and check out Duster’s other upcoming tour dates below.

#Duster playing their first show in 18 (!) years, opening for (Sandy) Alex G in Brooklyn tonight. Check out our feature from earlier this year about the cult indie act’s legacy. [📹: @scottgum]