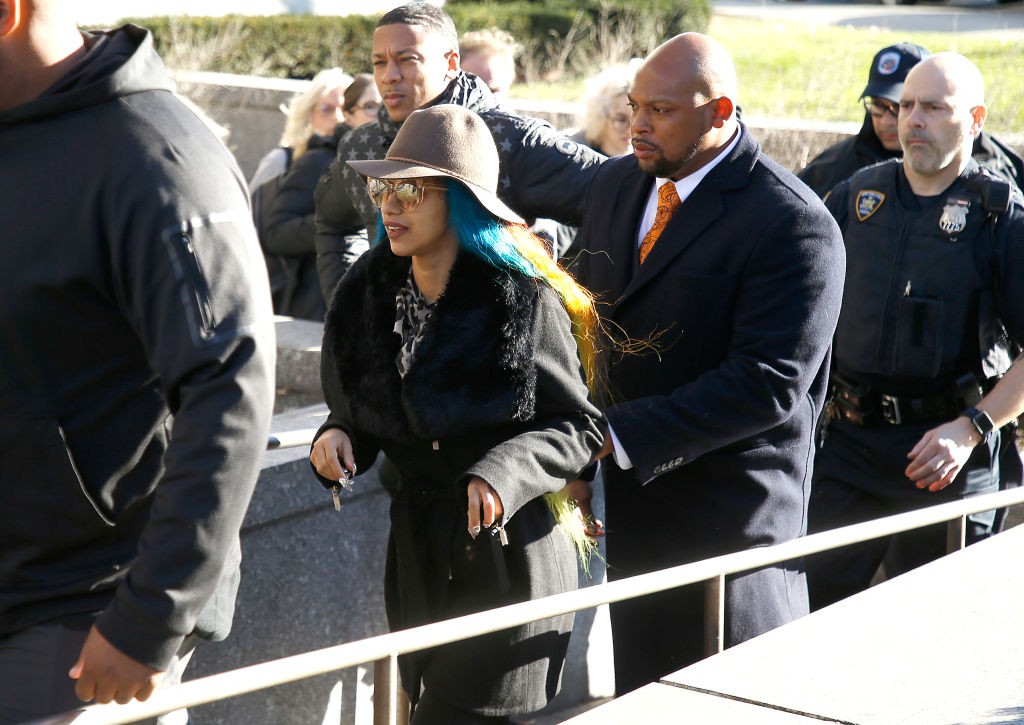 Cardi B has been released without bail after an arraignment for charges brought against her over an alleged brawl at a Queens strip club in August. The rapper appeared at a court in the New York City borough this morning (read the AP report for a stunning description of her outfit) after having been charged with to two misdemeanor counts of reckless endangerment and one misdemeanor count of assault in October.

The charges stem from accusations made by two bartenders at Angels Strip Club, Jade and Baddie Gi, who claim that Cardi incited her friends to throw chairs, bottles, and hookahs at them after a disagreement with Jade. The incident allegedly occurred during a Migos appearance at the club. Cardi was ordered to have no future contact with either of the victims named in the case for the time being, and will appear in court again on January 31.

At the time of Cardi’s arrest in October, anonymous sources told TMZ that the fight stemmed from an ongoing beef between Jade and Cardi, who claimed that Jade had been sleeping with Cardi’s husband Offset. Earlier this week, Cardi announced over Instagram that she and Offset had separated, and said that they would be seeking a divorce. Their daughter, Kulture, was born in July. This morning, Cardi B was nominated for five Grammys, including Album of the Year, Best Rap Album, and Record of the Year.

Defendant Belcalis Almanzar – aka #CardiB – has been arraigned in #Queens Criminal Court. My office requested $2500 bail, but she was released on her own recognizance. The next court date is Jan. 31. Orders of protection were issued.