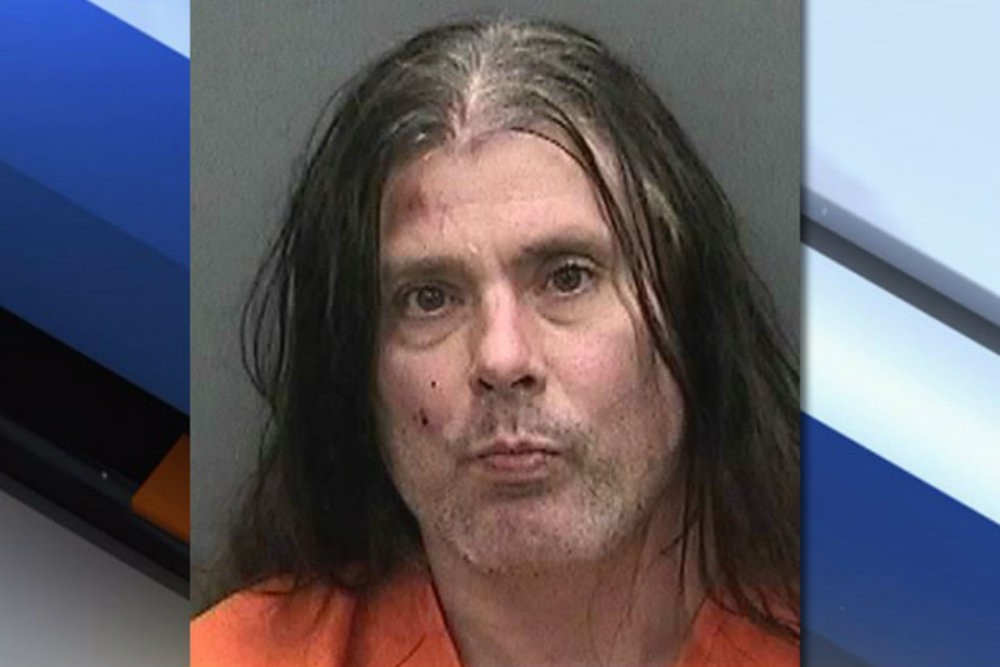 On Monday night, Cannibal Corpse guitarist Patrick O’Brien was arrested for “charging a deputy with a knife” after allegedly breaking into a neighbor’s home in Tampa, The Blast reports.

According to a statement from the Hillsborough County Sheriff’s office, O’Brien broke into the house around 7 p.m. while two people were home. The residents, who didn’t know O’Brien, ordered him to leave their home, but he “pushed one of the residents to the ground against her will and fled into the backyard,” according to the sheriff’s report. When law enforcement arrived on the scene, O’Brien “would not obey his lawful commands and ran towards the deputy with a knife in his right hand.” He was subsequently tased, taken into custody, and charged with aggravated assault on a law enforcement officer with a deadly weapon and burglary occupied dwelling with assault or battery.

After O’Brien was arrested, it was discovered that his home was on fire, which set off stored ammunition on the property, making it difficult for first responders to get the blaze under control. It’s currently unclear how the fire at O’Brien’s home began.

Cannibal Corpse is scheduled to support Slayer on a leg of the metal legends’ ongoing farewell tour in the spring.

Spin reached out to Cannibal Corpse’s reps for comment and to ask if O’Brien’s arrest will affect the band’s tour with Slayer. We will update if they respond.