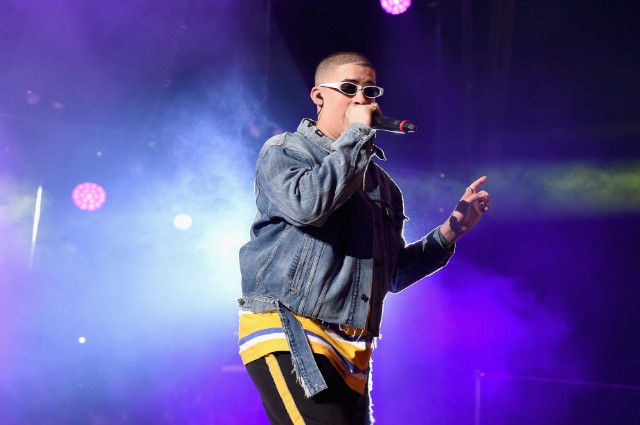 “Mia” hitmaker and Drake-approved trap rap star Bad Bunny has finally released his debut album X 100PRE. Produced by Josh Gudwin, the engineer behind songs like “Despacito,” “Vibras,” and “I’m The One,” the album includes guest features from Diplo, El Alfa, and of course Drake, with “Mia” included as the last song on the album. His other stateside collabs with Cardi B and J Balvin (“I Like It”) or Will Smith and Marc Anthony (“Esta Rico”) notably don’t appear on the album. Earlier this year, he joined Balvin and Cardi in performing their collaboration at the 2018 American Music Awards, with Cardi later winning the award for Favorite Hip-Hop/R&B Artist.

X 100PRE marks the solo debut album from the Puerto Rican rapper. The album was announced yesterday on Instagram, where the rapper wrote that it would be officially released at midnight. Earlier this year, he set out on his La Nueva Religion (The New Religion) tour, which continues into 2019 with dates as listed here. Listen to X 100PRE below.

Here Are the Lyrics to Cardi B, Bad Bunny & J Balvin’s “I Like It”