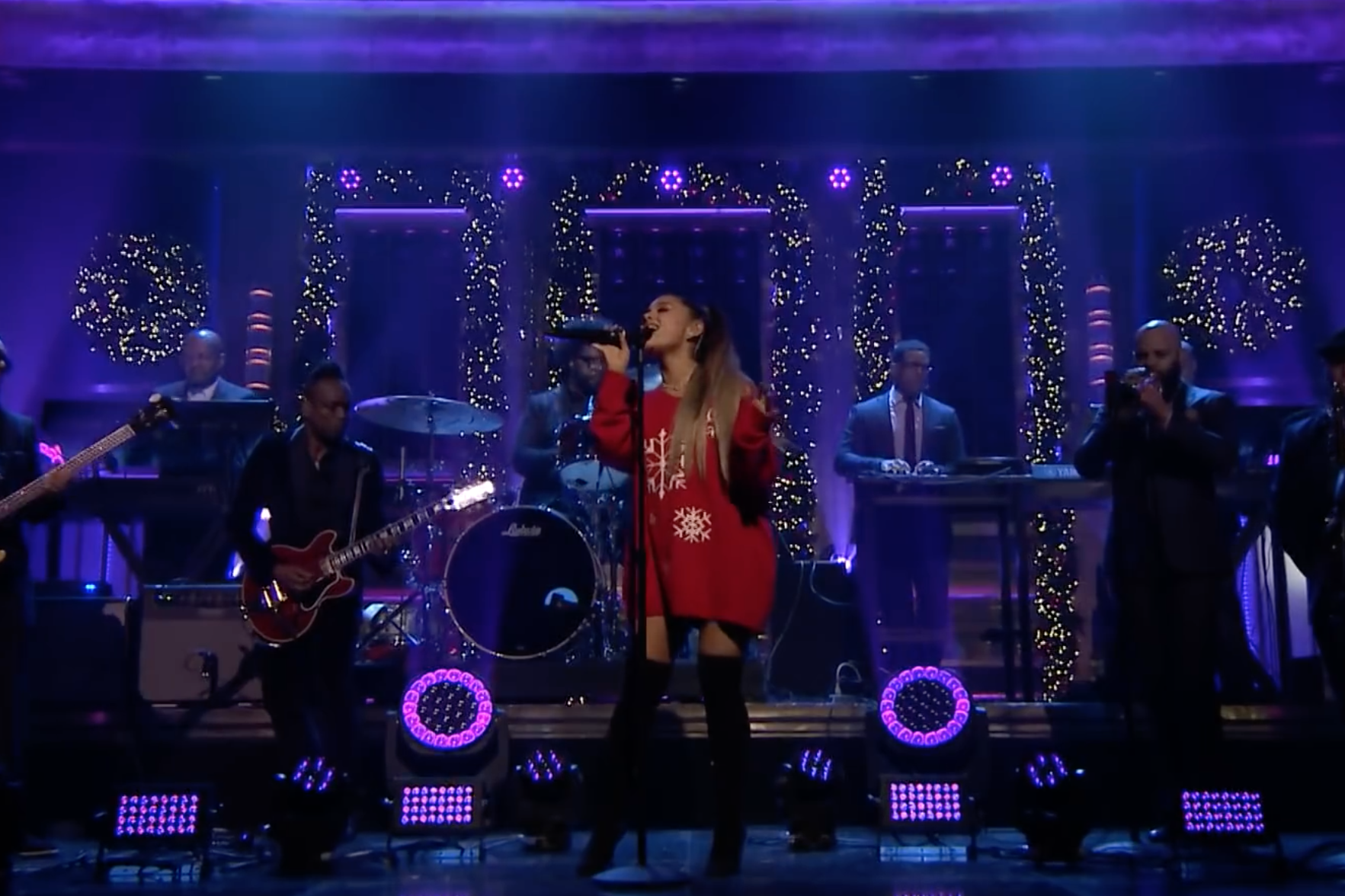 Ariana Grande stopped by last night’s episode of The Tonight Show Starring Jimmy Fallon for a rendition of her recent single “imagine” with Fallon’s in-house band The Roots. She also linked up with Fallon and former SNL cast members Horatio Sanz, Tracy Morgan, Chris Kattan and for a special holiday treat: a new performance of the classic SNL Christmas song “I Wish It Was Christmas Today,” which debuted as a sketch back in 2000.

“imagine” is Grande’s second one-off single since the release of her fourth album sweetener earlier this year, the first being the inescapable “thank u, next,” which recently received its own music video. That video, inspired by films like Mean Girls, 13 Going on 30, Legally Blonde, and Bring It On, broke YouTube’s record for most views in a 24-hour period. The previous record was set by BTS with their video for “Idol” featuring Nicki Minaj. Last week, Grande announced a set of European tour dates to follow her North American dates beginning in March. She has also revealed that she’ll be doing a “special show” in Manchester, where, in May 2017, a terrorist attack was launched during one of Grande’s concerts. Watch the Fallon performances below.