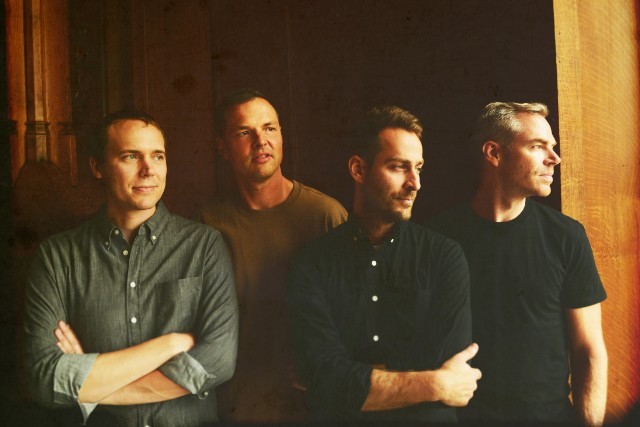 After posting a mysterious photo titled “III” on Twitter yesterday, Midwest emo legends American Football have confirmed the impending release of their third album, titled simply American Football (LP3). It is the followup to their 2016 self-titled album (their first was also self-titled), and is due out on March 22 on Polyvinyl. Today, the Mike-Kinsella-led band has released their first single from the 8-track album, “Silhouettes,” a 7-plus minute epic. “Oh, the muscle memory/Continues to haunt me,” Kinsella sings in the song’s central refrain. An iTunes listing for the album shows featured appearances by Paramore’s Hayley Williams, Slowdive’s Rachel Goswell, and Land of Talk’s Elizabeth Powell.

Prior to the release of their second album in 2016, the Illinois band had not released a record in 17 years. Their 1999 debut is considered an influential classic of emo which had a great influence of indie rock of this century. Read our 2016 interview with American Football’s Mike Kinsella here, and listen to “Silhouettes” below.